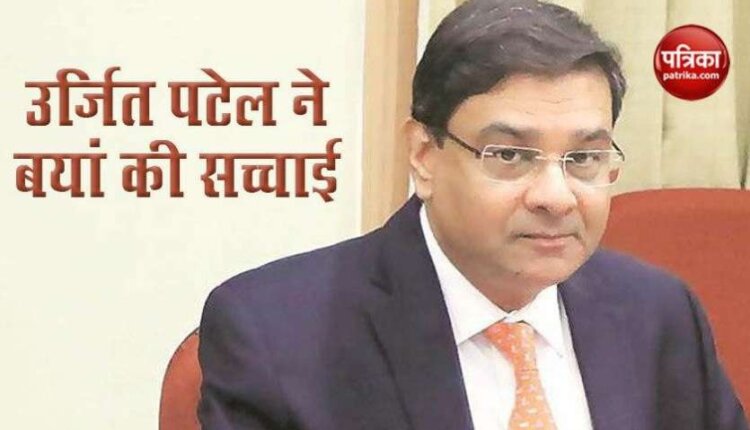 new Delhi. Former RBI Governor Urjit Patel is in the news. Recently, he created a sensation by questioning the functioning of RBI. Perhaps this was the first time that a former RBI governor had spoken or written against the RBI. Well today he is in discussion about the differences of government during his tenure. He revealed the reasons for the sour relations of the government during a book launching. Let us also tell you what he said during this …

Also read: Aviation Sector in the world is in bad shape, 4 lakh jobs lost, one lakh more will go!

Patel revealed interesting
According to foreign media reports, former RBI governor Urjit Patel disclosed that the government had at that time ordered the relaxation of the rules of Bankruptcy law, on which he was not ready at all. This drew a line of distance between him and the government. According to Urjit Patel, the year he resigned his post, the government had ceased to be active about the law. Urjit Patel has held the post of Reserve Bank of India from September 2016 to December 2018. Raghuram Rajan held the post before him. Whoever has never had a sweet relationship with the Modi government.

In 2018, RBI issued a circular
According to the media report, in a circular issued by the RBI in February 2018, there were instructions to banks that those who are not repaying the borrowers should be immediately added the list of defaulters. On which the government could not agree. The special thing about the circulator was that the promoters of the company that defaulted would not be able to buyback the stake in the company in the insolvency auction.