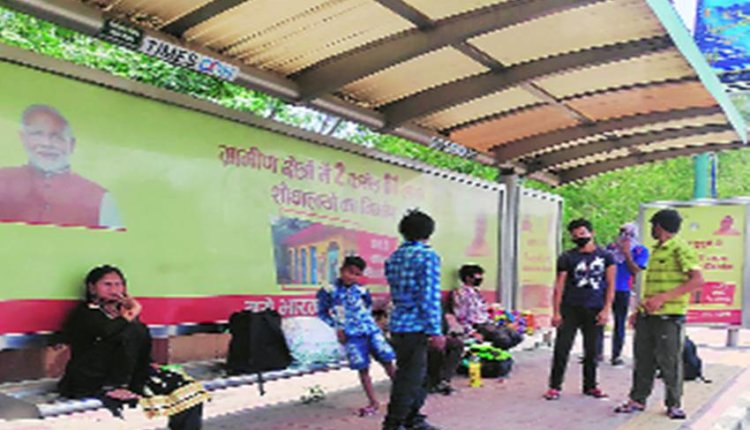 Even after 50 days of the complete ban, migration is not stopping due to government arrangements across the country. Families from other states are passing through the highway every day and have left for a journey of thousands of kilometers. At Delhi’s Akshardham bus stop, three such families were seen exhausting in the shade. With no money for train tickets, these families decided to go to Bihar on foot. These families left from Haryana on Wednesday morning and reached Mayur Vihar by Thursday afternoon.

7 members of these families have reached here with their children. They have to cover a distance of 1221 kilometers. This distance can be covered in 26 hours by car and 25 hours by two wheeler. If one goes on foot, it will take at least 9 days. Because there are children and women in the family. Therefore, this journey can also be 10 to 12 days. Surajbhan, the head of the family, says that all the money that the family had, has been spent, when there is no food money, then where will the 3-4 thousand rupees come from the train. Slowly you will reach home in some way and go to the village
Will be able to save

Surajbhan told that the food or water facilities available from the people on the way, are surviving only. Have spent the last night sleeping on the roadside. Was working at a clothes shop in Haryana, but when the shop closed, tried to live there for a long time. Now the situation had deteriorated there too. So I decided to go on foot.

Virendra, who lives on the Haryana border, was also walking with this family. Virendra was with them from Kapashera border. He was running a shop there. The shop was closed for two and a half months and the income route was closed. So decided to return to his village Basti, Uttar Pradesh. He told that now there was no way to die of hunger. So decided to go to the village on foot. His family is also going with him.