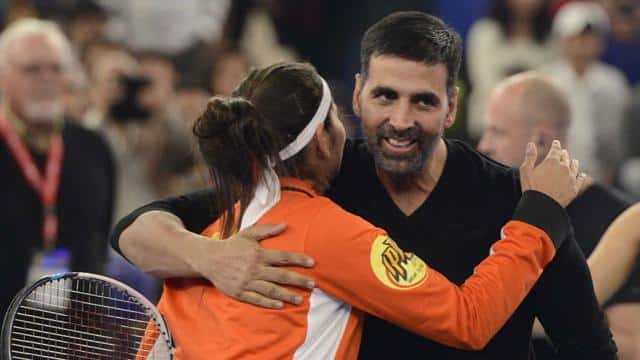 Senior Pakistani cricketer Shoaib Malik is hosting one of his shows through Instagram Live these days. On the show ‘Up Close and Personal with Sania Mirza’, he had a live Instagram chat with his wife and India’s star tennis player Sania Mirza. During this both of them discussed many things. During this, Sania Mirza also said a special thing about Bollywood star Akshay Kumar.

The show has been started by Shoaib in the break caused by the Kovid-19 epidemic. In this show, he interacts with well-known personalities. Shoaib has interviewed stars like limited overs captain Babar Azam, actress Mahira Khan and Ali Zafar of Pakistan cricket team before Sania in this show. During this live session, Shoaib Malik asked her if she had to choose between Tom Cruise or Akshay Kumar, one whom she would like to marry and one whom she would cheat?

‘IPL will be played abroad as the last option’

On this, Sania said that she would like to marry Akshay Kumar, while cheating Tom Cruise. When Shoaib said that how would she express this answer, Sania said, ‘I like Akshay Kumar since the days of’ Mohra ‘. I will not cheat them. When Akshay was not liked by anyone, I have liked him ever since. ‘ The film ‘Mohra’ was released in 1994. The film featured Raveena Tandon in the lead role alongside Akshay Kumar. Apart from this, the film also had Sunil Shetty and Naseeruddin Shah.