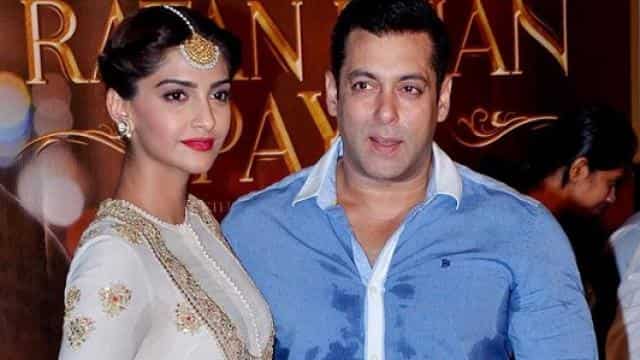 Superstar Salman Khan is currently staying at a farm house in Panvel with family and some friends. During this, many of his pictures and videos have been revealed. Not only this, Salman Khan also released by singing three songs. Meanwhile, now an old video of Salman and Sonam Kapoor is going viral. This video of both the stars is during the trailer launch of the film Prem Ratan Dhan Payo.

In the video, Salman is seen wiping sweat from Sonam’s dupatta. In the video, it appears that Salman is upset with the heat and does not think of any solution. That’s when he takes Sonam’s dupatta standing next to him and starts wiping the sweat of his forehead. However, it is clear from Sonam’s expressions that he is not happy with this act of Salman, but at that time he did not give any reaction.

Please tell that Salman and Sonam’s film Prem Ratan Dhan Payo was very much liked. The film proved to be a super hit at the box office. Apart from both the stars, it was acted by actors like Neil Nitin Mukesh, Swara Bhaskar and Armaan Kohli. It was directed by Sooraj Barjatya, Salman’s close friend. The film was released in the year 2015.