… When Salman Khan did the principal out of class, Salim Khan said – I have not paid the school fees, I should not get the punishment 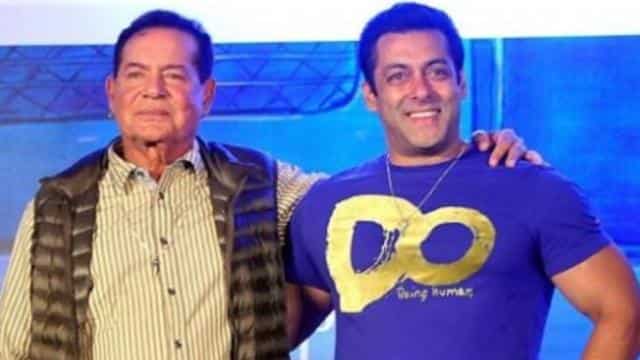 Bollywood’s ‘Dabangg’ Salman Khan and his father Salim Khan recently shared an anecdote. This story was of Salman Khan’s school. Actually, when Salman Khan was in the fourth class, he was punished and it was said that he has to stand outside the class all day. However, later when Salim Khan came to know about Salman’s punishment, he took that punishment on himself.

This story was shared by Salman Khan in ‘The Kapil Sharma Show’. Salman had told that one day, my father was returning from work. And they saw me standing outside the class. He came and asked what have you done now? I said, nothing, Daddy, I don’t know. The principal came and asked me to stand below the flagpole outside the class. It has been a full day since then I have been standing here. I was in the fourth class at that time.

Papa Salim went to the principal and asked why Salman was punished? He said that it has not paid the school fees. My father said that he has to pay the fees, not me. You should put it in class. I have less money, so in a few days I will pay the school fees, but if you want to punish me now then you give me. So then Papa went under the flag and stood.

Let me tell you that Salman Khan is currently at the Panvel Farmhouse with some friends and family members. Lockdowns are following. Recently Salman Khan donated one lakh sanitizers to Corona Warriors. Earlier, he has fed food to many people and has also transferred money to the account of daily laborers.

CBDT released income tax return forms for 2019-20, these changes have been done due to Corona