When Mahesh Bhatt said – You can never make a full stop on true love, watch the throwback video 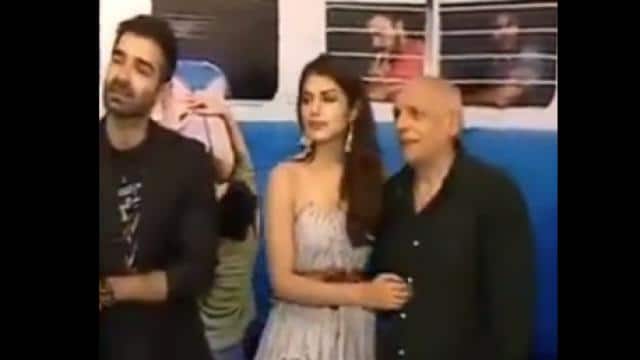 Riya Chakraborty and Mahesh Bhatt are in the news in the Sushant Singh Rajput case. Many photos and videos of both of them go viral on social media. Now recently an old video of Riya and Mahesh Bhatt is going viral. The video is during the promotion of the film Jalebi.

In the video, Mahesh Bhatt talks about true love. Mahesh says, you can never put a full stop on true love. Rhea Chakraborty and Varun Mitra are in the lead role along with Mahesh Bhatt.

Recently Mahesh Bhatt and Riya Chakraborty’s chat went viral. The chat that came out was from 9 June to 15 June. Riya messaged Mahesh, what will I do without you my angel. I love you sir You saved me again. ‘ In response, Mahesh Bhatt sent a heart-touching and hand-connecting emoji.

On June 10, Mahesh Bhatt forwarded a photo to Riya. Then on 11 June, Bhatt messaged Riya, ‘Sometimes things are just to look the way they really are, you have to take a step back, and then another step, and then something else.’ Riya replied, “Really … Good morning.”

Surjeet’s claim- I got Riya Chakraborty to do Sushant’s last visit at Morchery, told whom she did this

On 12 June too, Bhatt sent a forward message to Riya, stating, ‘Loneliness plays an important role in nurturing the seeds of personal creativity and gives birth to a true one’.

Riya and Mahesh Bhatt had a conversation on the day of Sushant’s death i.e. 14 June. Riya asked Bhatt to send morning quotes, in response to which he sent a message. Riya then replied, Love you sir, my angel. ‘ Then on 14 June at 2.35 pm Bhatt has messaged Riya, call me. Please tell that by this time the news of Sushant’s suicide had spread everywhere.