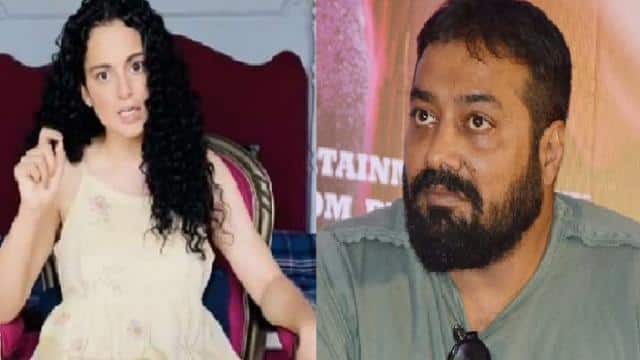 Bollywood actress Kangana Ranaut has been in discussion for the past few days. His differences with many film stars have also come to light. In particular, social media has seen a lot of battle with many artists. The same has happened with Bollywood’s famous director Anurag Kashyap. Anurag Kashyam took to Twitter to take a dig at Kangana, after which the fight between Kangana and him has started.

Actually, Kangana wrote in a tweet on Thursday night, ‘I am a satrap. I can cut my head, but I cannot bow my head! I will always raise my voice for the honor of the nation. I live with honor, respect, self-respect and will live proudly as a nationalist! I will never compromise with the principle, I will never! Jai Hind.’

Ok I go to the border, you want to move on to the next Olympics, the country wants gold models haha ​​ha it is not a B grade film where the artist becomes anything, you start taking metfor a lot, how long have you been so retarded Gone, we were very clever when we were friends. https://t.co/TZVAQeXJ43

Responding to Kangana’s tweet, Anurag Kashyap wrote sarcastically, “Just one you are sister – only Manikarnika.” You take four five and go to China. See how much has penetrated to the inside. Show them that as long as you are there, no child of this country can be deterred. One day’s journey from your house is just to LAC. Ja lioness. Jai Hind.’

After this tweet by Anurag Kashyap, Kangana Ranaut is going to sit quietly. Responding to the tweet, he said, ‘Okay I go to the border, you want to move on to the next Olympics, the country needs gold models haha ​​ha it is not all a B grade film where the artist becomes anything, you are a metforge Litterly started taking it, when did you become so retarded, when we were friends, it was very clever.