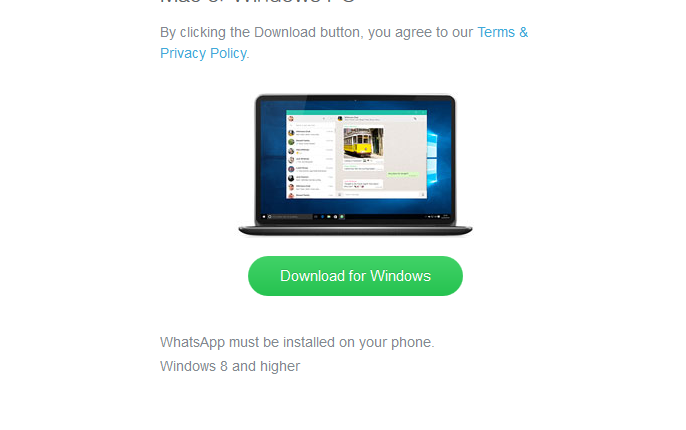 Soon after the release of small updates such as text formatting, starred messages. WhatsApp is now up with an major update for its users to enhance their user experience on desktop. WhatsApp have announced the launch of its desktop app, the app will be available on operating system such as Windows and Mac. On windows, the OS version should be Windows 8 and higher while on Mac its should be 10.9 and higher.

Just like WhatsApp Web, the new desktop app lets you message with friends and family while your phone stays in your pocket. According to WhatsApp, since the app will run on desktop, user will have better user experience in term of control over keyboards such as shortcuts, notification of message and more.

What’s New on WhatsApp Desktop App:
Unlike WhatsApp web, Desktop app has menu with tabs such as WhatsApp, Edit, View, Chat & Help. Edit option allows user to use basic windows or mac notepad operation such as copy, paste, redo and undo. Other menu options are similar to WhatsApp Web. On the whole, the app is just an desktop version of WhatsApp Web with very few enhancement. An extra app on your OS. The WhatsApp desktop app can be download on https://www.whatsapp.com/download/