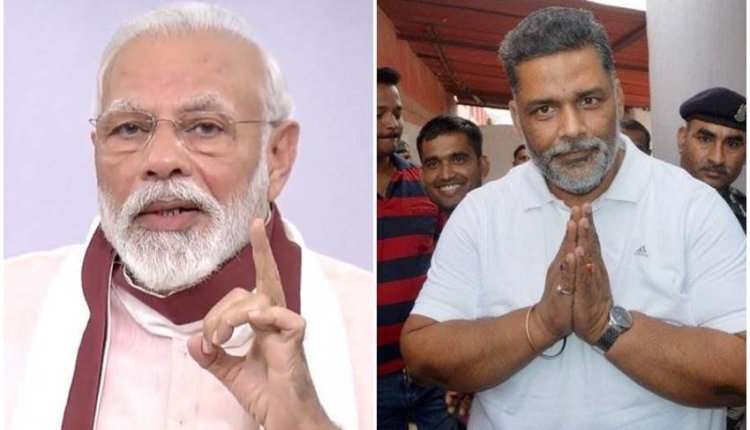 In response to his tweet@ DineshGupta9245 wrote, ‘Pappu ji, if he had studied with a little reservation, he would have understood the PM’s words and you would have to explain to everyone that you should not take the same kind of foreigners, but you have to do politics. Ji said that Pappu Yadav is an Indian, then you will not say I am foreigner. @ Bilal81673342 has written that just because of this, you could not even be local, but remained confined in the family. @ Bipinyadav108 wrote Due to this reason, you could not even stay local and could not save even one seat.

@HindustaniTiger has written, So far you have not considered India as a country. By losing power, you are broken in such a way that you do not appreciate the peace of the country. To divide the region, language, caste, in as many classes as possible, you create a conspiracy, a conspiracy. The truth is that you are not worthy of politics, you will soon realize this truth.

Let us know that PM Modi during his address to the country on May 12 had spoken of being a ‘vocal’ for the local. He said that we not only have to buy local products, but also to promote them proudly. I am confident that our country can do this. This big opportunity to become global from local, so stay vocal for local.