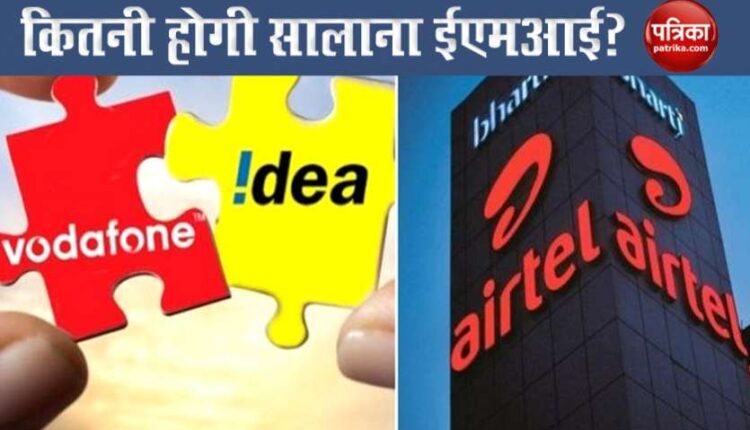 new Delhi. To repay the loan or loan, the general public requests the bank to get an EMI of 3000 to 7000 rupees per month. So that he can pay the money comfortably. Even in difficult times like Corona, it has become impossible to repay EMI. On the other hand, if you know about the EMI of debt of big groups and companies, then your senses will fly away. The Supreme Court on Tuesday gave the telecom companies 10 years to pay their dues. According to the media report, Vodafone Idea AGR Dues has to deposit 7500 crores with interest. That is, an installment of 625 crore rupees may be required in a month. Let us also tell you how much EMI per month of Vodafone Idea and Airtel can be.

Also read: Corona virus brought recession in this country for the first time in 30 years, know how much GDP has fallen

Also read: You will be surprised to know about these benefits of electric vehicle, will save millions in a year

Also read: Shares up 10% before Vodafone Idea board meeting, know the whole matter

Everyone is waiting for the decision of the Supreme Court on the Loan Moratorium, yesterday the Central Government had given its favor