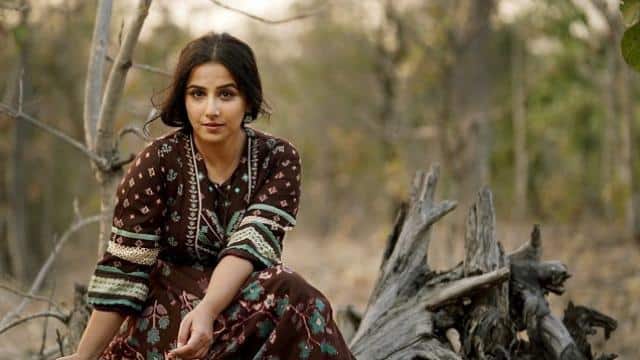 Vidya Balan came out of the house for the shoot after about three months and now she is very happy that we are all returning to our work. However, due to the seriousness of the corona, all kinds of security arrangements are being made at the shooting sets. Vidya also hopes that people will understand their responsibility towards it even after everything is done.

Sometime ago, Akshay Kumar also went out shooting an advertisement with all necessary precautions in the midst of the corona epidemic. Now actress Vidya Balan has resumed work after nearly three months of lockdown. He shot an ad at Mehboob Studios with a small unit. Since only his team was shooting there, this shooting schedule did not prove to be tiring for him.

Talking about the shooting experience, Vidya says, “It was really amazing to be back on set. Everyone was in a PPE kit and we were all strictly following the rules of social distance. All precautions were taken to avoid infection and guidelines were followed. There was also a sanitation booth and the temperature was being checked regularly. This made us all realize the seriousness of the situation. We are all trying to do what we can do. This is a new experience for us. The truth is that I am very happy to be out for work. ”Vidya hopes that when everyone comes back to work, they will not be negligent, but be careful.

She says, “We all have to accept this situation at one time. Now we have to move slowly. We have to be more responsible and alert than before and make a habit of working with Corona, as long as it lasts. I’m glad we made this debut. I did not wear a mask because I was in front of the camera. If we are concerned about ourselves and want to be safe, then we have to take all precautions. It is difficult, but not impossible. Gradually going back to work will also mean that people will feel better in terms of working and earning. ‘

She had absolutely no hesitation to return to work when a brand asked her to shoot. Vidya says, “I have been thinking about work for a long time. I do not know when the shooting for the film ‘Lioness’ will begin. As far as estimates are concerned, it is now possible only after the monsoon. Meanwhile, I will be busy promoting my film ‘Shakuntala Devi’ and promote it from home. Other than that, I do not know when the entire shooting will start in the country. Yes, it will be quick and we have to make sure that we take precautions. For this reason, I will not be able to meet my parents for the next few days, who live five minutes away from my house, because I have gone out for work now. ‘

When Sushant had proposed to Ankita for marriage in front of Priyanka Chopra, said – I want the next 7 births with you