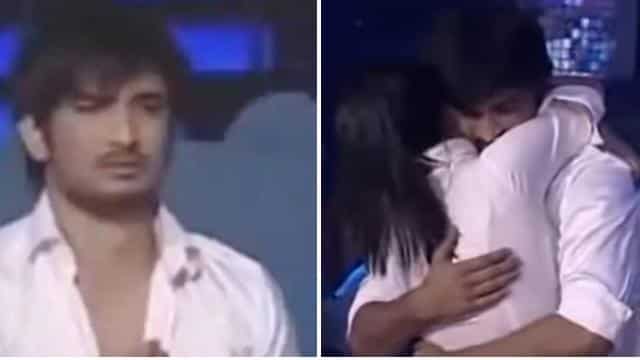 Bollywood actor Sushant Singh Rajput’s suicide has rocked the fans. All people are shocked. Now a throwback dance video of Sushant Singh Rajput is going viral on social media. In this video Sushant is dancing to a song, which he has paid to his mother.

The video is from Season 4 of Jhalak Dikhhla Jaa which is from 2011. In this, Sushant becomes a bit emotional after the dance performance and his ex-girlfriend Ankita Lokhande comes running and hugs on stage. Sushant’s dance performance is so emotional that all the judges on the set become emotional. Madhuri Dixit and the show’s host Mona Singh too.

Sushant says in the video, ‘Always I wanted to do something like this. I lost my mother in 1992, probably since. Even my smallest achievement made him happy. She used to be very happy on my every little thing. If she were alive today, she would be very happy. I wanted to tell my mother through this performance that whatever she wanted for me is happening today, but she is not the one to see. ‘

Seeing this throwback video of Sushant Singh Rajput and Sara Ali Khan, you will have a smile on your face!

Sushant Singh Rajput’s death is a big blow to ‘holy relationship’ co-star Parag Tyagi, said- Mahesh Shetty was not in a position to talk

Let us tell you that Sushant Singh Rajput committed suicide by hanging himself on 14 June. Fans and Bollywood celebs are all shocked. It is being told that Sushant was in depression for six months. Sushant was cremated on 15 June. Earlier, her girlfriends and ex-girlfriends Riya Chakraborty and Ankita Lokhande had reached her house to pay tribute to Sushant.