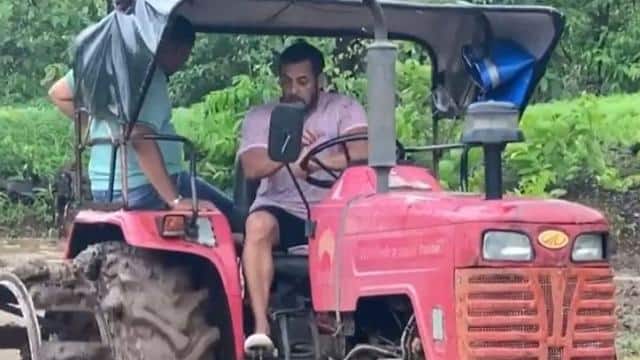 Bollywood superstar Salman Khan has been spending time in his farmhouse in Panvel for the last several days. He often shares his photos and videos on social media. Now Salman Khan has shared a video of his. In this he can be seen driving tractors and plowing the fields. These days Salman Khan is fond of farming. For the past several days, he was sharing his pictures while working on the farm. This video of Salman has been shot amid heavy rain. Sharing the video, Salman wrote, ‘Farming’.

Earlier Salman Khan shared a photo, in which he can be seen stained in mud. In the photo, he was seen sitting on the ground. His entire body was covered with wet clay. He spoke about the farmers in the caption. Salman Khan wrote, “Respect all the farmers”.

Fatima Sana Shaikh told, how was the reaction of parents on the news of dating Sanya Malhotra

Talking about Salman’s professional life, he will soon be seen in the film ‘Radhey: Your Most Wanted Bhai’. In this film, he will also be seen opposite Disha Patni and Randeep Hooda in the lead roles. The film was scheduled to release on Eid, but the film’s release date has been postponed due to the lockdown. It is being said that the film may be released on Diwali.