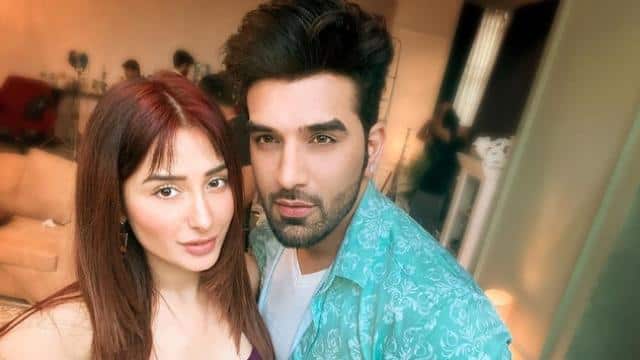 The fans of Paras Chhabra and Mahira Sharma love the fans. Although the two always call each other friends. Both photos and videos are quite viral on social media. Now recently a video of them is going viral in which both of them are quite close to each other. Paras hugs Mahira and the two are dancing.

Let me tell you that the music video of Mahira and Paras has come to rain and recently a new song has also been released. Paras and Mahira’s chemistry was very much liked in the song.

By the way, news of their marriage has also been coming for quite some time. When Mahira’s mother was asked about this, she said, “I have no problem with the marriage of Mahira and Paras.” If Mahira wants to marry Paras, I will not refuse her. But I don’t think the two are dating each other. I have never seen my daughter talking to Paras for a long time. I always see only friendship between the two.

It is reported that both have got a chance to participate in Nach Baliye 10. Both are very happy to receive this offer. Apart from this, both are also working in a Punjabi film.

By the way, Paras also took part in the show Mera Shaadi Karoge after Bigg Boss. In this show, he had to find a groom for himself. However, all this was only for publicity. He did not marry in real life. Mahira never had any problem with this show of Paras.

Google to invest $ 10 billion in India, said this…

How Artificial Intelligence has helped policy holders, know what is known

Manasi Singh Sep 28, 2020
TV-Bollywood actress Mouni Roy is celebrating her 35th birthday today. Despite being a student of arts, he…

Riddhima Kapoor calls her brother Ranbir Kapoor with love by this…