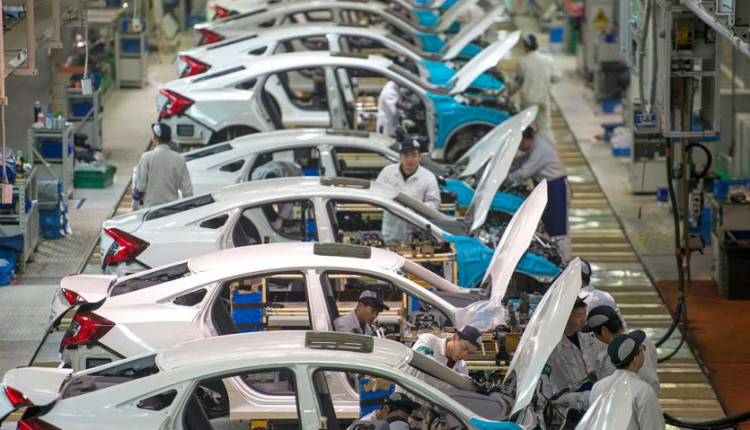 Mumbai . Automobile companies are gradually increasing their production this month with the states starting the process of unlocking and opening of dealerships after the cases of corona infection are reduced. It is expected that by the end of the month, most companies will be producing 85 to 95 per cent of the capacity before the second wave. The recovery in the economy and deferred demand has prompted companies to increase production. With Karnataka, West Bengal and Tamil Nadu still under lockdown, car manufacturers are taking a lot of caution.

Others are also not trying to speculate too much about the pace of production. However, some people say that the increase in production may be to increase the stock with the dealership. A car parts maker said the stock of vehicles with most dealerships has come down to 20 days, which is 25 days under normal conditions. The real test will be the performance of retail sales in the coming months.

Decline in sales
According to SIAM, an association of vehicle manufacturers, the wholesale sales of all types of vehicles declined to 4,42,013 units in May 2021 from 3,15,638 units in May 2020. Although everything was affected due to the pandemic in 2020, a comparison of this with the figures of 2019 would give the correct picture.

Will be busy months
Maruti Chairman RC Bhargava has said that more than 1.5 lakh bookings have already been done and new bookings are also coming. The next few months are going to be busy for the dealers. The companies started production last month, but they are gradually ramping up production after the unlocking starts from June 1.

70% of the demand also came back-
Tarun Garg, Director, Sales and Marketing, Hyundai Motor India has said that 70% of the country has opened up and 70% of the demand has also returned. Many companies have factories in South India, but there is still a lockdown, which has stopped production.