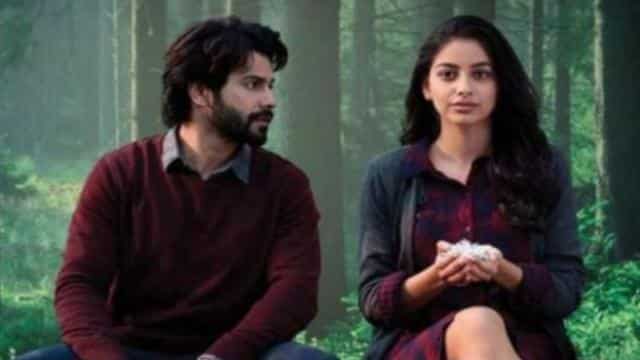 Due to the lockdown, Varun Dhawan is currently spending quality time with the family. Also, to entertain the audience, he joins them via live chat on Instagram. Recently, Varun Dhawan informed fans about his most emotional scene. He told that he really started crying after doing a scene in Shoojit Sarkar’s film ‘October’. Fan had actually asked the film’s director Shoojit Sarkar, but Varun answered it. The actor said that this is quite an intresting question. I really started crying while doing this scene and later wept for a while.

This conversation was done by Varun with Fan through Twitter. Fan had asked that Shoojit Sarkar sir, when Shiuli’s mother asked Dan to move on, no Dan’s reaction was shown to him. So didn’t you show it intentionally? What was the significance of this scene. Shoojit Sarkar replied that yes, I did not show it intentionally, so that the audience’s heart could be reached. He can feel Dan’s reaction himself and create an emotional image in his mind.

I’m an amazing question. I had infact broken down while filming that scene @ShoojitSircar https://t.co/JQiXGSDVvC

Let us tell you that Varun Dhawan is going to be seen in the film ‘Coolie No 1’ with Sara Ali Khan at this time. The poster of this film has been released. Fans are eagerly awaiting its release. At the same time, Shoojit Sarkar’s next film is ‘Gulabo-Sitabo’, which is scheduled to be released on June 12 on the OTT platform. It stars Ayushmann Khurrana and Amitabh Bachchan in the lead.

Central government will give loan to 50 lakh people selling goods on street, street and cart, allocation of 5000 crores in economic package