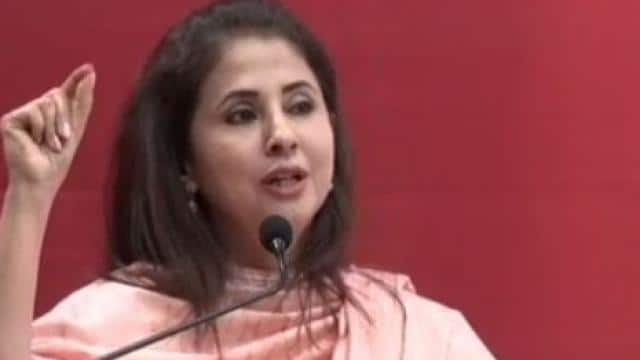 Urmila Matondkar, who came into politics from the field of acting, told on Wednesday that her Instagram account has been hacked and she has reported this to the cyber cell of Maharashtra Police.

“Cyber ​​crimes” is not something that women should take lightly..as I went to file FIR on my @instagram ac hacking met this dynamic DCP #cybercrime @MumbaiPolice Smt. Rashmi Karandikar who enlightened me lot more on the issue. Will surely be working on it in future. @ MahaCyber1 pic.twitter.com/0cSKaoeONX

Is Ekta Kapoor going to get married? Hint given to fans by sharing photo with friend

After this, in another tweet, the 46-year-old actress said that she has lodged an FIR to hack the account in Maharashtra Cyber ​​Crime Cell. He also said that women should not “take cyber crimes lightly.” He said, “Cyber ​​crime is not something that women should take lightly … I lodged an FIR with several more Instagram accounts to be hacked into the police and Mumbai Police met the Deputy Commissioner of Cyber ​​Crime, Mrs. Rashmi Karandikar who gave me a lot of information. , Definitely it will work in future.

Silver price rises by one thousand rupees in the evening, know how much gold has become cheaper