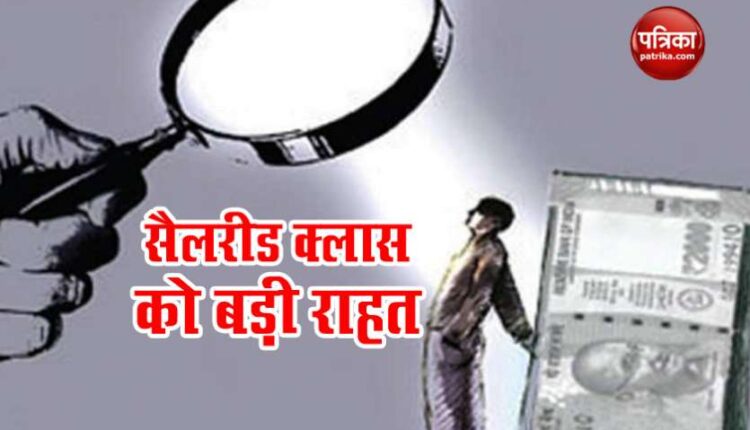 new Delhi. While on the one hand, there is a decline in the number of permanent jobs in the country. On the other hand, there is only a matter of giving big relief to this class from the government. Through the EPFO, the government has increased the insurance amount by giving huge relief to the EPF account holders. If the account holder dies in an unfortunate way, then his family will be given an additional insurance amount of Rs 1 lakh. Let us also tell you how much insurance has been done by the government.

7 lakh rupees to be insured
The insurance amount of EPF account holders has increased. The Central Board has approved the amendment of the Employees’ Deposit Linked Insurance Scheme, 1976. So that the current maximum profit can be increased from 6 lakh to 7 lakh rupees. In the event of unfortunate death of serving employees through this amendment, the family will now get financial assistance of Rs seven lakh instead of six lakh.

Also read: Route Mobile IPO gets 78 per cent subscription in the market

No change in EPF interest rate
The decision was taken at the 227th meeting of the Central Board of Trustees (CBT) of the EPF chaired by Minister of State for Labor and Employment Santosh Gangwar on Wednesday. In view of the extraordinary situation arising out of Corona, the Central Board also reviewed the interest rate agenda. The Central Board has recommended the Central Government to have a uniform rate of 8.50 percent. This will include 8.15 per cent from ETFs (exchange traded funds) and debt income and the remaining 0.35 per cent capital gains by December 31, 2020.

EPFO appreciated during the epidemic
The Central Board commended the EPFO ​​personnel for continuing the services smoothly even during the Kovid epidemic. The Central Board was also made aware of the relief measures announced by the Central Government for establishments and members under the Pradhan Mantri Garib Kalyan Yojana, which has been successfully implemented by the EPFO ​​on the digital platform.

SBI Loan Scheme: Cheap loan will be available in successful loan scheme of SBI, you can also avail