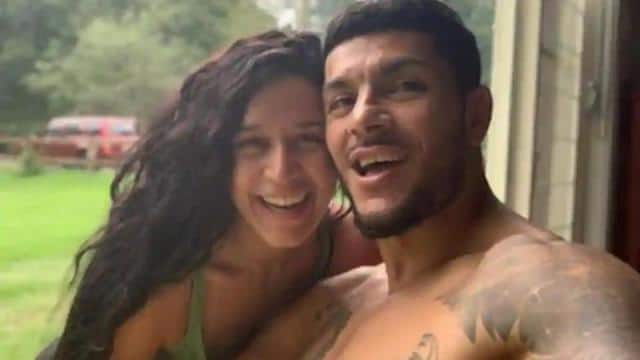 Basketball flair Ebon Hyams has given a hint to Bollywood actor Tiger Shroff’s sister Krishna Shroff due to a breakup. It seems that the distance between the two led to a distance in their relationship and the two decided to separate from each other. These days Ebon is in Australia, while Krishna has returned to India.

Ebon has shared a peculiar Instagram post about the relationship. He wrote, “Distance should never affect real friendship, it’s always love.” Last week, Krishna announced his breakup with Ebon via an Instagram post and appealed to the fans not to tag Ebon in any of the posts. Krishna wrote- “You are all fan club cute. But now stop tagging with Ebon in the pictures. Now we are not together. We don’t add our name together.” Not only this, Krishna has also deleted all the pictures with Ebon.

Krishna and Ebon met for the first time on 11 May 2019 at Soho House, Mumbai. Only after this, both of them started dating each other. The two also did Instagram live together on the first anniversary. During this time, he also answered the questions related to his first meeting with the fans.

When people gave money to Sarah Ali Khan while dancing on the road, mother said- People understood that beggar is

When a fan asked if Krishna and Aiban were married? So he had said that marriage is only on the card. He had said, “If we were married, we would have worn the ring, right? But it is definitely on the card.” At the same time, when a fan described Krishna as the world’s hottest woman, Ebon said that she is now someone’s bro. “Thank you, but now someone else has,” laughs Ebon.

Women can take loans for business without guarantee, this bank will give 10 lakh rupees

Relationships will be strong, give this stylish mangalsutra to your life partner