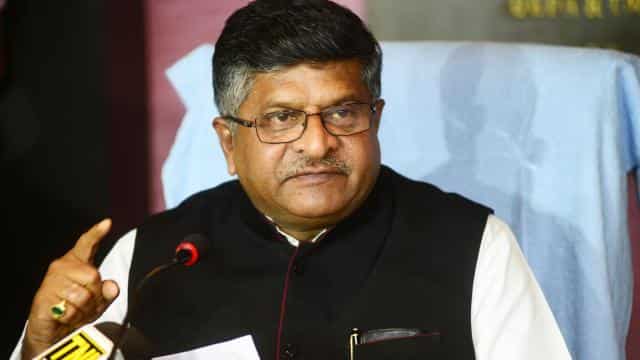 The government has announced to start three new schemes at a cost of about 50 thousand crore rupees today with the aim of making the world’s top country in mobile phone production, as well as to speed up the production of electronic products and its parts. Electronics, Information Technology and Communications Minister Ravi Shankar Prasad announced at a press conference here that Make in India is not to leave behind any other country but to make India self-reliant.

He said that under this, manufacturing of electronics products has gained momentum in the last six years and now India has become the second largest mobile phone producing country in the world. The country is targeted to be the top country in the next few years. Prasad said that to achieve self-sufficiency in manufacturing of electronics products and to build five global and five national level companies in the country, three new schemes of around Rs.50 thousand crores including Production Linked Incentive (PLI) Electronic Components and Semiconductors (SPECS) and Modified Electronics Manufacturing Cluster Scheme 2.0 (EMC 2.0).

Employs about 1 million people in next five years

Prasad said that through these three schemes, about 10 lakh people are expected to get employment in the next five years. Along with this, a target of manufacturing Rs 8 lakh crore and export of Rs 5.8 lakh crore has been set. He said that the target of Rs 40995 crore PLI scheme is to increase production of mobile phones and electronic components. Under this, mobile manufacturing is to be done on a large scale. For this, companies will be given a production-related bonus of four to six percent for the next five years.

Under the initial phase in this scheme, applications can be made by 31 July 2020. Under this, minimum investment and production limits have been set per company. Each company has also been prescribed annual and maximum bonuses. The scheme will be implemented through IFCI Limited.

He said that companies wishing to take advantage of the Rs 3285 crore SPECS scheme would have to invest a minimum of Rs 5000 crore to Rs 1,000 crore. Excess investment limits are not prescribed. Under this, there will be benefits on plant, machinery, equipment, R&D, utility and TOT. This includes making components as well as semiconductors, MTMPs and special sub-assemblies. The scheme will also be implemented by IFCI Limited.