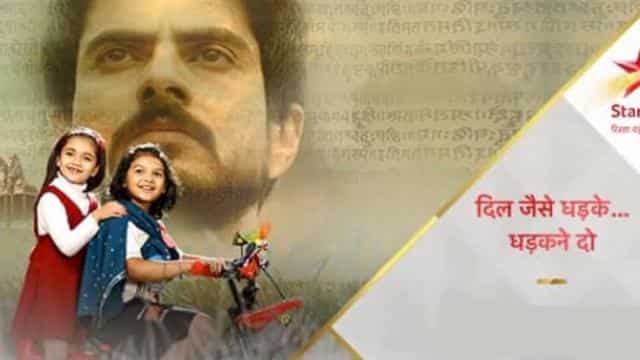 Filmmaker Mahesh Bhatt is active in films as well as in the TV world. His ‘naming’ serial was well liked. After this show, recently, ‘Dil jaad dilke dhadakde do do’ brought the show. Mahesh Bhatt was very excited about this show. However, it is now reported that Star Pulse’s fame show is also going to be off air. After the lockdown, the show will no longer be seen by the audience. Let me tell you that earlier TV shows like Sony TV ‘Beyhadh 2’, ‘Ishaaron Ishaaron Mein’ and ‘Patiala Babes’ were reported to be off-air.

Gurdev Bhalla is producing and directing the show ‘Dil Jaisa Dhadke Dhadakne Do’. The serial stars Shruti Seth and Rahil Azam in the lead roles. ‘Dil Jaise Dhadde Dhadakne Do’ went on air from 10 February 2020, although the show will end now. Confirming this news, the show’s producer Gurudev Bhalla said, “Yes, unfortunately, this is true but our strong association with the Star team continues as we are doing some new projects with the network. They should be revealed very soon. “

The show is the story of two children, Yug and Ethi. An accident happens in childhood with Ethi, due to which there is sadness in her life. Then comes an era in his life and starts returning to happiness again in his life. Meanwhile, there is an entry of a Devguru. Who was previously a doctor. But after an incident he realized that his previous life was nothing. Your life starts now Your beating was stopped so that you could be reborn. In this birth you only have to do one thing. I will be born as a goddess in this world. Then take me to the throne of my ashram and sit after which the welfare of human race will be there. However, it is difficult to be digested by both children.