The year-old girl did not even get milk, went on a journey of 500 Km with her father on a bicycle. 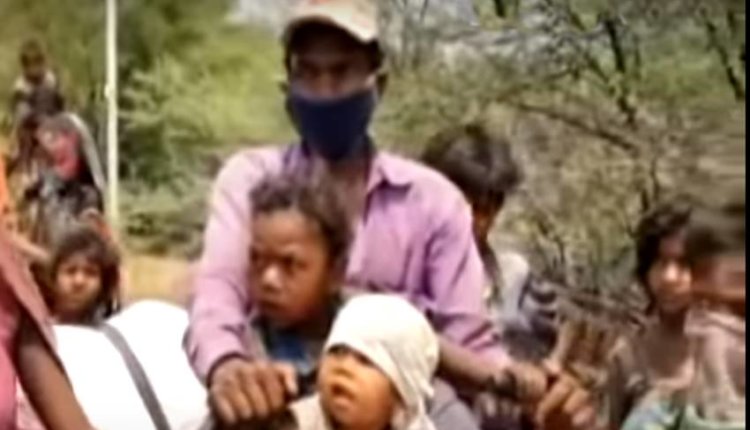 Due to Corona virus infection, the process of migrant laborers going to their homes continues. The workers have to face many difficult challenges ranging from the problems of eating and drinking on the way to the scorching sun. Along with the laborers, their children are also facing difficulties. On the Vidisha Highway, several batches of such workers were seen who are leaving their families towards their homes.

According to a report by NDTV, these workers were refused financial assistance by the kiln owners, after which they decided to go home on foot. These laborers working on the brick kiln told that when the kiln asked the owner for money in the midst of lockdown, the owner refused to give the money. In such a situation, the laborers had no money to eat or drink. They were forced to return to their homes.

These workers are going to Lalitpur in Uttar Pradesh. These people are coming from Indore in Madhya Pradesh. Along with this, they also have children on a bicycle. There is also a small child of a laborer. He did not even get milk on the way to feed him. They are traveling 500 km by feeding him bananas along the way. During a conversation with a TV journalist, the laborer said that we have been running for three days, we have nothing to eat and drink, whatever we get on the way, work gets done.