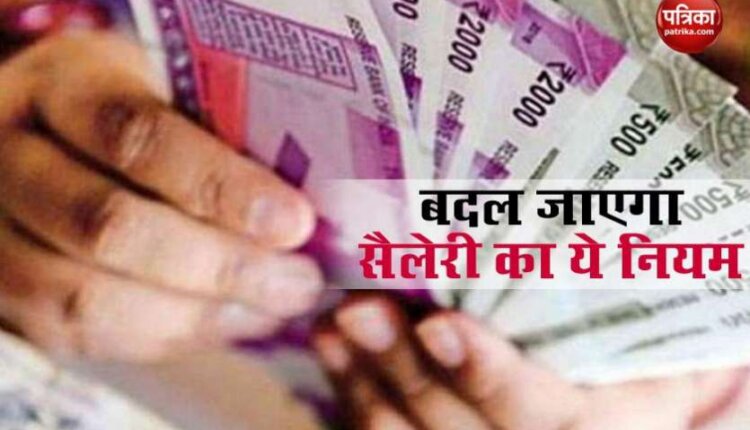 new Delhi: Due to Corona Pandemic, the government had made several big announcements to give relief to the people due to loss of jobs and salary reduction, one of them was on EPF Contribution. In fact, the government reduced the monthly EPF contribution (EPF) from 24 percent to 20 percent. Finance Minister Nirmala Sitharaman ( Finance Minister Nirmala Sitharaman ) The main objective of this announcement was to provide relief to the company and employees during the coronavirus, where it was also reducing the burden of another employee and more cash was also reaching the hands of employees to deal with the epidemic.

From Facebook to Amazon, everyone did many tricks, then became number 1

The government had made this arrangement for May-June-July 2020. This means that from August once again the EPF contribution will be 24% as before, now both the company and the employee will have to make 12-12% of the contribution.

What does the rule say – According to the rule of EPF scheme, every month the employee puts 12% of the basic wage audience allowance from his salary to the EPF account and the contribution is done on behalf of the company equal to the employee, thus mixing the EPF from both sides An amount of 24 percent is deposited in the account every month.

It is worth noting that out of the 12 percent paid by the company employees, 3.67 percent goes to EPF while the remaining 8.33 percent goes to the EPA Saini Employees Pension Scheme account.

That’s why the amount was reduced –The government’s contribution was reduced to 20%, which was directly benefiting both sides as the move benefited 4.3 crore employees and 6.5 lakh companies of the Employees Provident Fund Organization, which was later cleared by the Labor Ministry. It was given that the institute and the employees can continue their contribution even at the rate of 12%, but it will not be necessary to do so, it will be entirely the decision of the company and the employees themselves.

Mukesh Ambani said, this work will have to be done to make the country self-reliant

This government company gave a gift of Diwali to its employees, a 6% increase in…

Mukesh Ambani said, this work will have to be done to make the country…