The Kapil Sharma Show: Meeka Singh handles social media trolling like this, opened her own secret 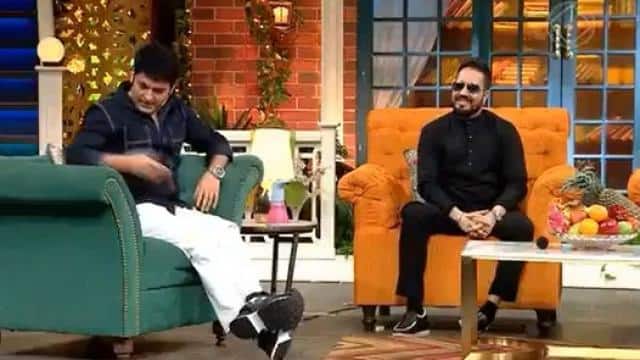 ‘The Kapil Sharma Show’ is quite popular among the people. Celebs who attend every weekend show share their secrets from personal to professional life. Singer Micah Singh will be made in this weekend show. Also shared a video of the show’s upcoming episode. Talking about social media trolling during the show, according to a Times of India report, Kapil Sharma said that at times stars also get negative comments on posts. Kapil further said that Micah’s fans are very active.

In response to Kapil’s question, Micah said, ‘Everyone has to bear the brunt of trolls on social media. I don’t understand why he is so angry all the time. My NGO Divine Touch Foundation has been distributing food to about 1000 people every day for the last 3 months. Yet trolls like ‘This show is off, saving taxes’ are being trolled. Which hurts a lot. ‘

read this also: ‘So this is how …’, Shekhar Suman reacted like this when CBI investigation started in Sushant case

Micah further said, ‘When I talked to my manager about this, he asked them to start replying to every online hetter. Since then, I am relaxed because I know that these trolls are being taken care of properly. ‘

He further said, ‘Kapil once revealed my secret to Sonakshi. I have a fake ID on social media. So if trolls are targeting Micah, I answer them with my fake ID. On social media, once I responded to a troller with fake ID, he immediately replied, ‘Tu chup kar me know you tu mica hai’. I was surprised how he came to know. When I asked, he said that it was discovered because Kapil had told this in one of his episodes.