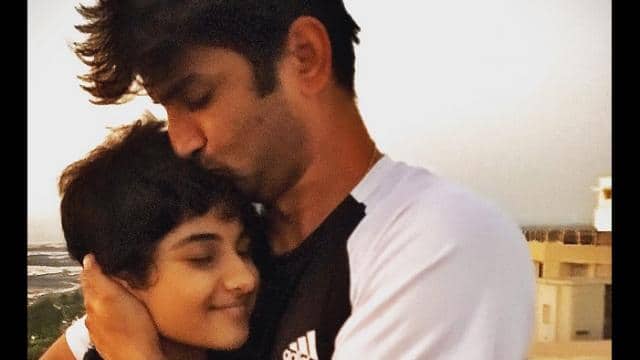 After the demise of Sushant Singh Rajput, his family members are sharing his views on social media. Let me tell you that till earlier Sushant’s niece used to share posts about Mallika actor, but now the other niece Katyayani has also shared the post. Sushant’s niece Katyayani wrote, ‘Gulshan Mama, I love you more than this universe. You were very special to me earlier and still are today. Your talks about life always used to motivate me, but I never thought that there would be a time when I would not be able to hear your voice ‘.

Katyayani wrote, ‘You once said that in reality we never die. I really want to believe your point but with each passing day it is becoming very difficult ‘.

Katyayani further wrote, ‘I always thought that when I grow up, I will take you to my house, look at the mountains and be proud of myself in your eyes. But regrettably this will not happen.

A few hours before the death of Sushant, Riya had given this message to Mahesh Bhatt, secret revealed through WhatsApp chat

Let us know that recently the Supreme Court has assigned the case of the actor to the CBI. The CBI has reached Mumbai to investigate the case. According to the Times Now report, the autopsy report of Sushant Singh Rajput has been revealed. Sushant’s body is being described as the ligature Marcus.

In addition, the Morchery Officer of Cooper Hospital said that the family members were not allowed inside the Morchery. Recently there was news that Riya Chakraborty was present with Sushant’s body for 45 minutes during the postmortem in the Morchery Room. Questions are being raised on him that he has tampered with the evidence.

Arrived in Chandigarh for shooting by driving a car for hours from Mumbai, defeated in green, said- how long will you sit empty

Manasi Singh Oct 26, 2020
On the occasion of Dussehra, Manyata Dutt has shared a special post for husband Sanjay Dutt. Through this post,…