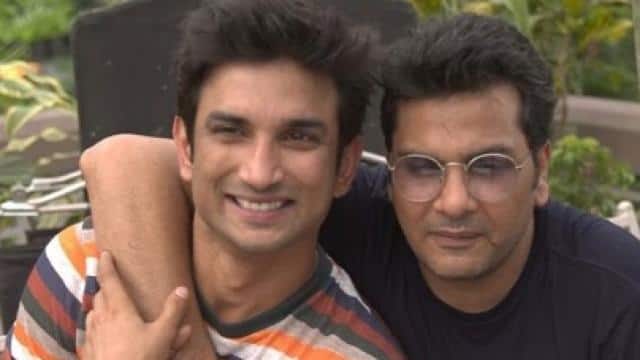 Late actor Sushant Singh Rajput’s last film Dil Bechara is set to release on Disney Hotstar on July 24. The film is directed by Mukesh Chhabra. Mukesh has shared some of his pictures with Sushant on social media and has also written an emotional note.

Mukesh shared these photos on his Instagram account. Actually, these photos were taken during the shooting of ‘Dil Bechara’. In a photo, Mukesh is seen wearing a helmet to Sushant. At the same time, in the second photo, he is seen sitting on the bike behind Sushant. Looking at this picture, it is as if he is explaining the scene to Sushant. Similarly, he has posted many of his photos with Sushant.

This is how Shahrukh Khan’s wife Gauri is doing work from home in Quarantine, shared video

Posting these pictures, he wrote in the caption, “One month has gone today … I will never even have a phone.” On this post of Mukesh, users are sharing heart emoji in comments. Earlier Mukesh had informed that the trailer of Sushant Singh Rajput’s last film Dil Bechara has made a great record. Actually, the film trailer on YouTube got 10 million or 10 million likes.

Please tell that Sushant Singh Rajput committed suicide by hanging himself in his house in Mumbai on June 14, exactly one month before today. The Mumbai Police is investigating the actor’s suicide case. In this case, statements have been recorded to many people so far.