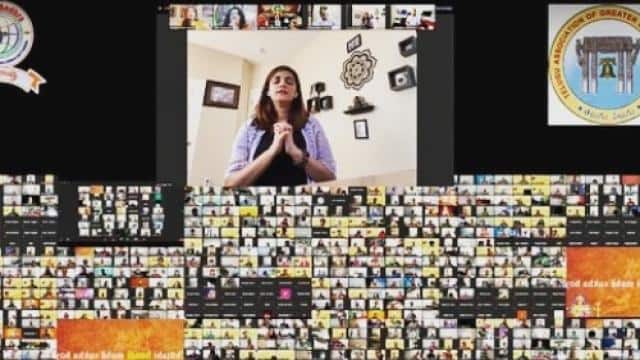 Shweta Singh Kirti, sister of late actor Sushant Singh Rajput, keeps sharing some posts on social media about her brother. They held a virtual prayer meeting on Saturday, which was attended by people from over 101 countries. Shweta Singh Kirti herself has given this information on the video on Instagram.

Shweta has shared a video in which she says, “I want to thank everyone. I feel like thanking you guys so much. You chanted with us. Thanks you guys. I would like to say that Gulshan (Sushant) has not gone anywhere. He is here, watching us, feeling everything. Your love is with him. We are praying heartily for that. ”

Shweta further said that this entire dedication is for Gulshan. Is for Sushant. Is for the peace of his soul and for truth. Whatever is true, God knows us. The CBI got the right leads and we came to know the truth.

While sharing this post, Shweta wrote in the caption, I am very thankful for this event. We feel strong positivity all around us. Thank you to all those who helped to organize it and join this large family. It is a wonderful experience. People from more than 101 countries participated in it. It does not matter whether he was Hindu, Muslim or Christian. Everyone chanted the Gayatri Mantra for Sushant.