Sushant’s sister folded her hands and said – If we do not know the truth, we will not live in peace. 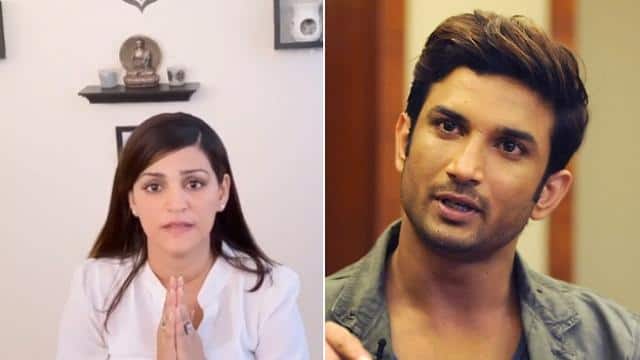 The CBI is now investigating the Sushant Singh Rajput case. The statements of all are being recorded. The ED has also interrogated Sushant’s sister Mitu besides recording statements of Riya Chakraborty, her brother Shovik and father. Meanwhile, Sushant’s second sister Shweta Singh Kirti has shared the message for everyone by sharing the video.

Shweta says in the video, I am Sushant’s sister Shweta Singh Kirti. I request all of us to together demand CBI for Sushant. We all have the right to know the truth. The whole world wants to know what is the truth, otherwise we will not live in peace.

This message was written about father

Recently, Shiv Sena leader Sanjay Raut had claimed that Sushant Singh Rajput did not have a good relationship with his father. In the Sena mouthpiece ‘Saamana’ he wrote, ‘Father’s second marriage to Sushant was not acceptable’. He also wrote, how many times Sushant went to Patna to meet his father? I have sympathy for Sushant’s father, but there are many things that should come up.

After Sanjay Raut’s statement, Sushant’s sister Shweta Singh Kriti wrote a message for him by sharing a photo of Sushant with his father. Along with sharing this photo, Shweta wrote, ‘Our father, from whom we learned to be a fighter. We learned how to always keep ourselves positive in troubles. They are our strength, our pride ‘.

Shweta earlier shared a clip of Sushant’s interview. In this video, Sushant reveals that he is the closest to his sister Priyanka in his family. Sushant says, though I am very close to all my family members, but I am closer to my sister Priyanka than most because she understands me and we both have many things in common.