Sushant’s last film ‘Dil Bechara’ to be released in theaters! These two films can compete at the box office 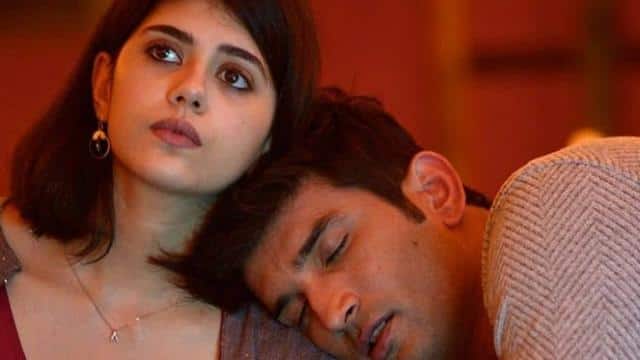 According to a Mid-Day report, late actor Sushant Singh Rajput’s film ‘Dil Bechara’, after the hit release on Disney Plus Hotstar, may be released on the big screen. The film also stars Sanjana Sanghi and Saif Ali Khan in lead roles. Reportedly, the film got around 95 million views on its first day of release.

This will be the first film to be released in theaters after lockdown, know the complete details

‘You are not growing up another year but …!’, Congratulating Rekha on her birthday fans

Which two films can be a competition?

If Sushant Singh Rajput’s ‘Dil Bechara’ releases in theaters, then his two films will compete at the box office. According to reports, Sushant Singh Rajput’s ‘Dil Bechara’ is set to release alongside Robert Pattinson’s ‘Tenet’ and Kiara Advani’s film ‘Indu Ki Jawani’. The report also quoted sources as saying that other films are also set for release in theaters, which are released on the OTT platform. This list includes ‘Tenet’, ‘Indu Ki Jawani’ as well as ‘Suraj Pe Mangal Bhari’.

Reportedly, the release date of the films depends on the reopening dates of theaters in Maharashtra and other states. Let us tell you that Sushant Singh Rajput was found dead at his residence in Mumbai on 14 June 2020. The CBI, ED and NCB are investigating the Sushant case.

Like e-commerce site, you will now be able to shop from Youtube, these new features will be added