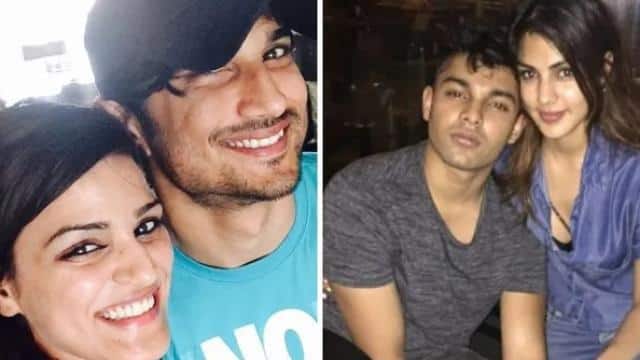 The NCB (Narcotics Control Bureau) is investigating after a drone angle in the Sushant Singh Rajput case. On Friday, the NCB has got a big clue, based on which the investigating agency has arrested Ria Chakraborty’s brother Shawvik Chakraborty and Samuel Miranda. Sushant’s sister Shweta Singh Kirti has given her response in this matter.

While sharing the post, Shweta Singh Kirti wrote, ‘Thank you God, keep guiding us all in the direction of truth. People are commenting a lot on Shweta’s post and giving their feedback.

The NCB claims to have found links between the drugs paddlers, Shouvik and Samuel. However, NCB will present these two in court today. Shawwick is the brother of Riya Chakraborty, while Miranda has been the manager of Sushant Singh Rajput’s house. Explain that earlier Basit had arrested the family and based on his interrogation, raided the house of Shouvik and Miranda on Friday. After this, both were arrested.

Why is the release of Akshay Kumar’s film Lakshmi Bomb delayed? Reason revealed

Sisters celebrated Sushant’s success
Earlier, Shweta Singh Kirti shared a photo of Bhai Sushant Singh Rajput and how she celebrated Bhai’s success. In the photo, Sushant is between his two sisters and sisters are blowing notes on him. In its caption, Shweta wrote, “It is October of 2016. Brother asked me to come from the US so that we could go to the theater together and watch MS Dhoni’s film. I was very excited. I arrived in India after catching the first flight and celebrated my brother’s success. I miss you very much brother. God give me the strength to bear this sorrow. ”

Sameera Reddy said – the film refused to do kissing scene, then the director said – anyone can take your place

Returns are available in the post office more than the bank, know the latest interest rates