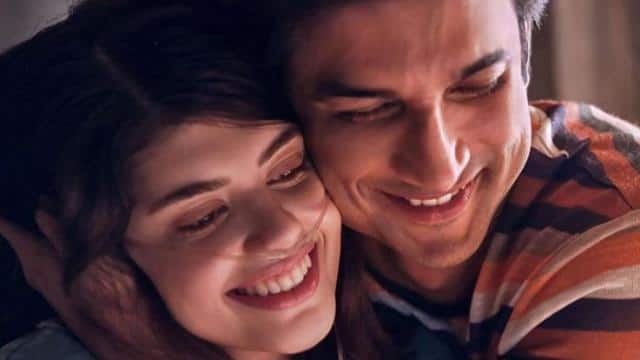 Some time ago, MeeToo campaign was run around the world. In this, actresses from Hollywood to Bollywood industry had made many serious allegations of misbehavior on mail stars. At that time the name of Sushant Singh Rajput was also revealed. It was being said that during the shooting of the film ‘Dil Bechara’, he has done badmash with actress Sanjana Sanghi. Some stories related to him came in the media. However, Sanjana in her conversation with Pinkvilla has made it clear that Sushant did not misbehave with her.

Sanjana says that when it came to light, everyone felt that Sushant had a lot of trouble with it. But I want to say that I too was very disturbed at that time. We both knew the truth. I know what he meant to me. Sushant also knew how the bonding of the two of us is and that matters. We used to shoot on sets every day. When one or two such articles come, you do not pay attention.

Sanjana also said that such stories never let her friendship with Sushant deteriorate. Nothing has changed between us. Nothing of this sort happened between us. Don’t know why such things started coming in the media. We used to wonder how to convince people that everything is fine between us? I could not understand how to keep the truth in front of people. It was a strange situation.

Sanjana Sanghi spoke – After the release of Dil Bechara trailer, it felt like Sushant would message me

Let us tell you that the film ‘Dil Bechara’ is directed by Mukesh Chhabra. The film will be released on July 24 on the OTT platform. This is Sushant Singh Rajput’s last film.

You can also get the life insurance policy from the Post Office, know the complete information about the scheme