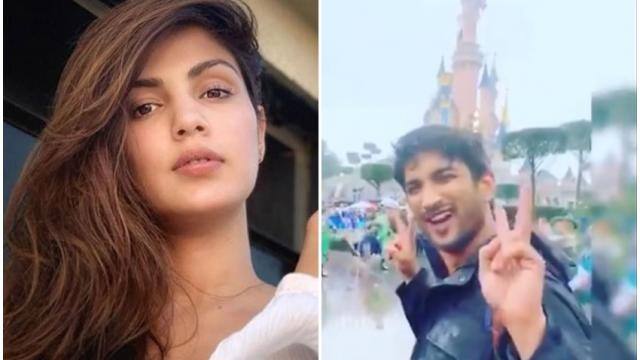 Sushant Singh Rajput’s girlfriend Riya Chakraborty has come out for the first time after the actor’s death and has clarified the allegations leveled against her. In a conversation with Aaj Tak news channel, Riya Chakraborty has answered many questions. Riya claimed that Sushant’s behavior had changed during the Paris trip and he did not leave the room for several days. Meanwhile, the video of Sushant Singh Rajput’s Paris Trip is going viral on social, which questions Riya’s claim. In this video, Sushant is seen in the mood for fun.

This video of Disney Land Trip was shared by Sushant Singh Rajput with his official Twitter handle on 9 October 2019. In this 57-second video, Sushant is seen doing fun in Disney Land. Sushant wrote the caption with this video – ‘Mikki in Disneyland’. Sushant wrote the hashtag – LivingMyDreams and LovingMyDreams. This video of Sushant has got more than 6 lakh 25 thousand views.

Let us tell you that Sushant Singh Rajput was found dead at his residence in Mumbai on 14 June 2020. Sushant’s sudden departure has shocked his fans. Even today his fans share videos and pictures on social media in memory of his favorite actor. Some well-known faces of Bollywood and their fans demanded a CBI inquiry into the Sushant case. Last week, the Supreme Court handed over the case to the CBI.