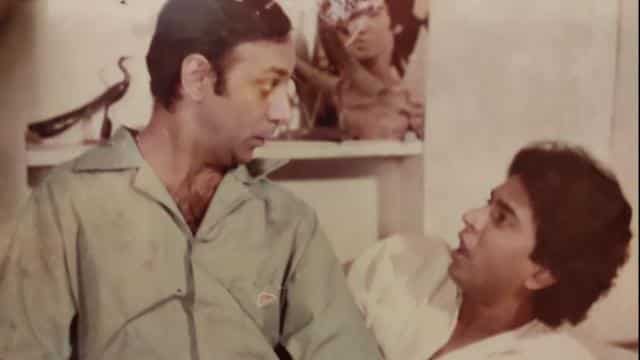 Actor Sunil Lahiri of the popular serial Ramayana remains very active on social media. He keeps sharing something for his fans. He has been sharing stories related to his video share Ramayana for some time. Meanwhile, he has shared an old picture from his film.

In this photo, Sunil Lahiri is seen with comedian Paintal. In the photo, Pantal and Sunil are giving shocking expressions looking at each other. Sharing this picture, Sunil wrote, ‘Comedy with the great comedian Mr. Pental, doing the most difficult of acting. This picture of him is being liked very much.

Earlier, Sunil has shared a video that he once caught a snake during a shooting. However, he did not panic at all during this time. Sunil has revealed this by sharing a video of himself on Twitter account. Sunil says in the video that the shooting of Ramayana was going on. During that time I sat on a chair. There was a forest-like area behind the studio, where we were shooting.

Shama Sikandar donated money and food to the needy on Eid