Sukanya Samriddhi Scheme: Open the account for the daughter, then know the new rules, these things including the interest on the defaulting account changed 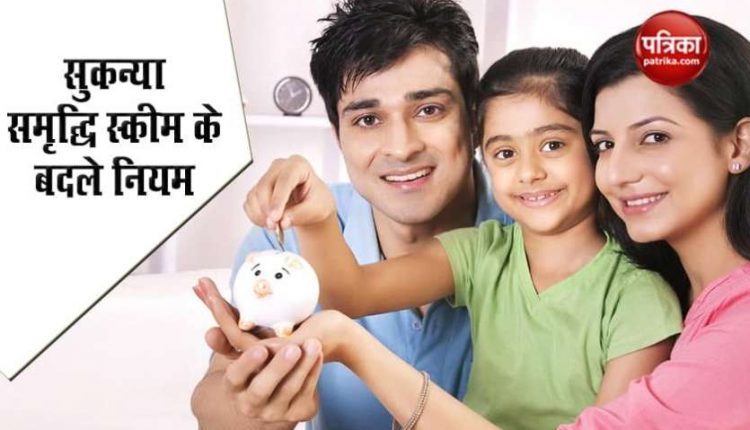 new Delhi. In order to secure the future of daughters and to make them self-reliant, the government is running Sukanya Samriddhi Scheme. This scheme operated by the post office is quite popular. In this, an account is opened for girls up to the age of 10 years. In which money is added from their education to marriage. It gets a good rate of interest. Recently some changes related to the scheme have been made. In such a situation, if you have opened an account for your daughter or are thinking of investing in the scheme, then it is very important for you to know about the new rules.

Interest will also be available on the default account at the rate of scheme
On opening an account under Sukanya Samriddhi Scheme, it is necessary to deposit at least 250 rupees in it every year. If this is not done, it is considered a default account. According to earlier rules, interest was paid on such account at the rate applicable to the post office savings account. Which did not benefit much for those investing in the scheme because its interest rate is low. At the same time, after the new rules, the default account holders will get relief. Even if you do not deposit the minimum balance, you will continue to get interest at the rate applicable to the scheme on the account.

Account closure made easy
The first two rules for account closure were valid in this scheme. The first was possible in the event of the daughter’s death and the second changing her living address, but now under the new rule, it has the facility to close the account on compassionate grounds. This is a situation in which the death of the account holder is due to fatal illness and treatment or death of the guardian.

Account will open with affidavit
Although the scheme can be opened only for two daughters, but after the birth of one daughter, there was a facility for opening of accounts for the other two when there were two twin daughters. However, for this, the guardian only had to submit a medical certificate. But now under the new rule, parents have to submit affidavit along with the birth certificate.

Account will be operated on 18 years
According to earlier rules of Sukanya Samriddhi Yojana, the daughter used to get the facility to operate the account at the age of 10, but now the age limit has been extended to 18 years. Now, on the completion of 18 years of the daughter, only after submitting the necessary documents to the post office, she will get freedom to operate the account. Before that his parents would handle the account.

Gold lost up to 1000 rupees in two days, know how much silver is broken