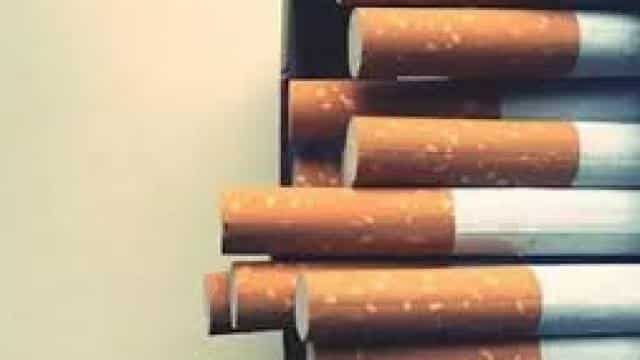 A committee of leading industry body FICCI said on Monday that the increasing cases of seizure of imported cigarette smuggling brought by smuggling agencies during the last few months indicate that the smuggling of cigarettes increased during the enforced lockdown due to the Corona virus epidemic. is.

The committee (Cascade) set up by FICCI against smuggling and counterfeit product activities that have damaged the economy, said a large batch of foreign brand cigarettes worth Rs 11.88 crore were caught on June 12 at Jawaharlal Nehru Port Trust (JNPT) based in Navi Mumbai. This is the largest consignment seized since the implementation of the lockdown. “This trend was seen across the country,” FICCI Cascade said in a statement. Such cargo has been caught in road transport, cargo and passenger goods.

Also read: Pan masala will become expensive from next month, tax may increase in next meeting of GST Council

Concerning these incidents of smuggling, FICCI Cascade chairman Anil Rajput said, “Smuggling cigarettes is a huge hoax around the world and India continues to be a suitable place for this. While the country is grappling with the problem of Corona virus on one side, such smuggling goods are constantly being seized in large quantities.

Also read: Inflation kept under control during lockdown, WPI declined by 3.21% in May

Citing a recent study by FICCI Cascade said that cigarette smuggling has become a very beneficial activity in today’s situation. Due to this, there has been loss of employment of around 3.34 lakhs. In such a situation, the government needs to be more vigilant.