SIP Flow at 18-month low, know how much investment has reduced 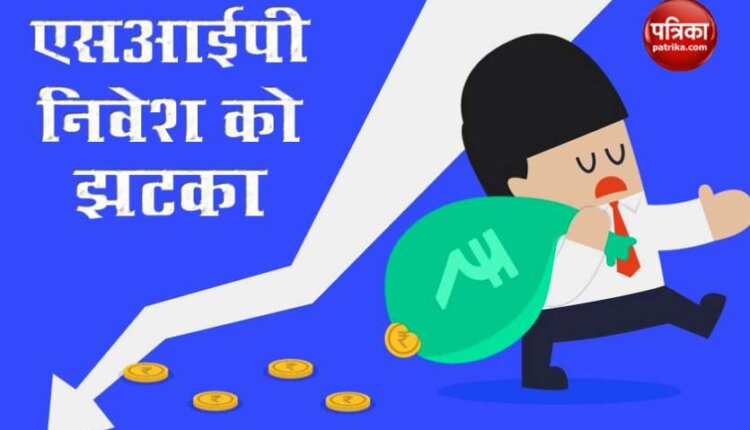 new Delhi. Due to Coronavirus Pandemic, economic activity in the country has been severely devastated. Now small investors are also facing its heat. Corona virus has reduced salaries of people. Millions of people have become unemployed. Many people are not getting salary on time. A living proof of this is the dwindling investment in Mutual Fund Scheme through SIP. For the first time in the last 18 months in June, the flow of Mutual Funds has come below 8 thousand crores. According to the data, since December 2018, investors were investing more than 8000 thousand crores in it every month. But in June, the flow in mutual funds through SIP came down. According to fund industry body Anfi, there are 7927 crore rupees in mutual funds through SIP in June.

Pose facility provided by some fund houses
Apart from cash flow, some fund houses have provided SIP poses for their investors. Investors can put a break on investment in SIPers for three to four months. Due to which there has been a decline in the total monthly investment. According to experts, this situation may change by October. According to Anphy, investors may have opted for SIP Pause. SI contribution can be seen in the fourth quart.

Their increased difficulties
As per the June data of the fund industry, registration of new SIPs has increased. That is, new investments have increased. Total asset under management of the industry has increased to over Rs 25 lakh crore on aggregate basis. Whereas since April, it had remained continuously below this level.

PMKY: What is Pradhan Mantri Kusum Yojana? How can we take advantage of this

Big decision of Spicejet, Corona Insurance of 3 lakhs will be available for only 443 rupees, know the complete scheme