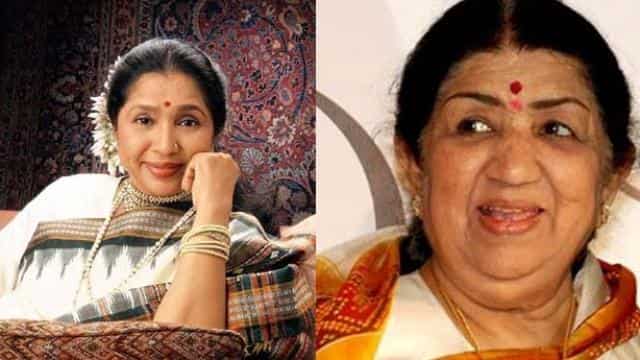 Music is not discussed between Lata Mangeshkar and Asha Bhosle. Giving information about this, Asha said that usually the two sisters would rarely discuss music. Books have been written on both veteran singers, so can Asha take a biopic about them, taking things to the next level?

Asha told IANS, “Lata Didi and I rarely discuss music. We are a family and we talk about very common things everyday. Our lives are personal and personal, as far as I am concerned I am not.” I would like to be the subject of a film. ” Asha, the younger of the two sisters currently living in separate apartments, said, “She (Lata Didi) is 90 years old and is at peace with her life and surroundings.”

Asha has kept herself busy even during the enforced lockdown in view of the prevention of the corona virus epidemic. Asha said, “I am doing my singing. Exercising at home, making new dishes, watching movies and spending time with family. I launched my new YouTube channel. In other words, I would call myself Keep it very busy. “

She is also performing music compositions. He said, “I have composed many tunes, but I have not written the lyrics. I can say this to Prasoon Joshi and Javed Akhtar, so that I can record and share them on my YouTube.” Referring to her late husband, who performed many hit compositions from the 1960s to the 1990s, she said, “I have many great tunes left behind by the late Mr. Rahul Dev Burman.”

Priyanka had quit advertising Fairness Cream because of this

Amidst the lockdown, she recently launched her YouTube channel to communicate with fans and highlight many interesting aspects of her life. The 86-year-old musician said, “There is no one from my generation who can now describe that era. My first song was recorded in British India in the year 1943. I saw the Partition of India as well as World War II, many We have seen a period of epidemics and conflicts. So there are many stories to tell through YouTube channel.