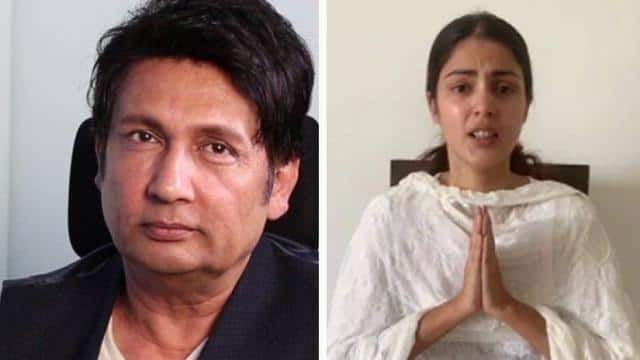 In the Sushant Singh Rajput case, the Narcotics Control Bureau on Tuesday arrested Riya Chakraborty while investigating drugs angle. Shekhar Suman’s reaction comes on Riya’s arrest. He tweeted, ‘He is late at his house, not blind. I hope the way will be visible from here. Your voice and hard work paid off.

Shekhar tweeted another, with an arrest that marked the beginning of the end of Thousand Crimes.

The end of a thousand crimes begins with the first arrest.

Riya is arrested by NCB Deputy Director KPS Malhotra. After this, the actress was taken for medical treatment. Riya reached the NCB office at Ballard Estate in South Mumbai at around 10:30. During this time the Mumbai Police vehicle was moving along with the car for their safety. Rhea was questioned by the NCB for six hours on Sunday and eight hours on Monday.

Ankita Lokhande spoke of Karma after Riya Chakraborty was arrested, said- you make luck with your actions

Riya Chakraborty’s lawyer Satish Manashinde said, “This is a complete mockery of justice.” The 3 central agencies followed a single woman, as she was in love with a man who was addicted to drugs and was struggling with mental health problems.

Manashinde claimed that five prominent psychiatrists in the city treated Rajput. Manshinde further said, “He (Rajput) ended his life due to illegal drug use and narcotics.”

Explain that apart from the drugs case, Chakraborty is also facing charges of abetting Rajput for suicide, which is being investigated by the CBI. Apart from this, the Enforcement Directorate is investigating the case related to money laundering.

Arundhati Swarna Yojana: Government will give 10 grams of gold in girl’s marriage, these conditions have to be fulfilled for profit