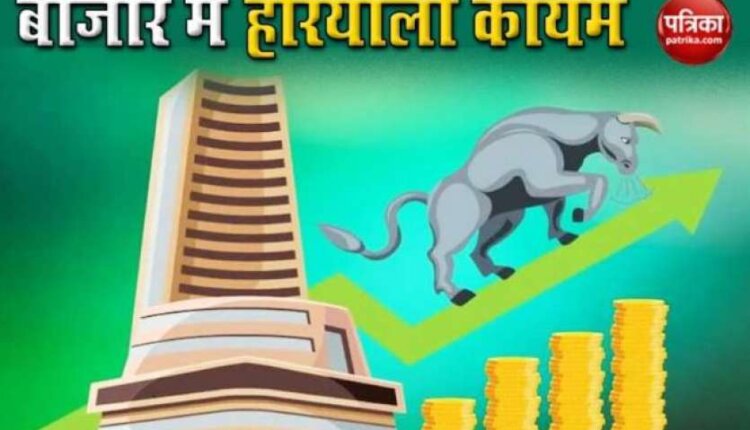 new Delhi. Domestic stock markets closed in the fifth straight day for the fifth consecutive day due to strong buying sentiment by companies in banking, finance, IT and tech sectors. The 30-share sensitive index Sensex (Sensex) of BSE gained 187.24 points, or 0.51 percent, to close at 36,674.52 points and the National Stock Exchange’s Nifty 50 (Nifty 50) gained 36 points to 0.33 percent to close at 10,799.65 points. This is the four-month high of both major indices.

There was a boom in these sectors
The stock market gained momentum this morning. Investors in banking and financial companies as well as companies in the IT and tech sectors also bought. But the energy and oil and gas sector put pressure on the market. The market rebounded later in the afternoon after rolling down in mid-day trading and finally closed in the green mark.

Pressure was seen in these stocks
Infosys, ICICI Bank, Bajaj Finance and HDFC contributed to the market growth. On the other hand, giants like Reliance Industries and ITC put pressure on the market. Investors also bought in medium and small companies. The BSE midcap climbed 0.58 percent to 13,535.97 points and the smallcap gained 0.57 percent to close at 12,839.77.

Good News! Salary of 80 thousand ICICI Bank employees will be increased, gift to work in lockdown