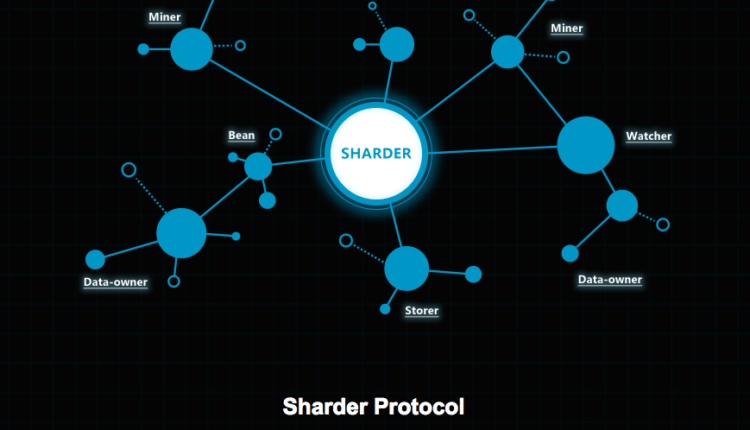 Sharder network consist of decentralised, autonomous & distributed nodes that are online constantly. Sharder protocol allows the user to control its data and no else can access it without the cryptography credentials. The cross-chain Sharder Network is comprised of numerous nodes with unlimited extendibility.

In real-time, watcher nodes adjust the entire network, reduce redundancies, and increase space utilisation. Smart routers are also used to optimise the performance of the network in high stress situations.

Sharder raised approximately $7 Million in March. The Sharder Protocol cryptocurrency is a ERC20 token. The token symbol of Sharder is SS. Currently the market cap of SS is $13,035,936, which is ~1.8X from the ICO price.

Sharder is consider as competitor to Siacoin. Siacoin is currently ranks at 35th as per the coinmarketcap. The current market cap of Siacoin is $531,815,373 (0.5 billion). The difference between Sharder and Siacoin is cross chain storage & mining speed.

To give you better example: If you want to exchange BTC against ETH you need to buy or sell at a exchange. It is due to the chain are not connected. Incase the chains are connected you can Exchange BTC against ETH. Similarly is the case with the cloud storage. Sharder is already working on its own application which will make the cross chain storage possible.

Bean Cloud, Sharder Matrix, Sharder Brain, One Fair are the applications which sharder team is working to make the sharder cross chain storage possible. If this application are delivered Sharder price can go up to 10X easily in terms of market cap from the current.

Another important difference of sharder is mining speed. Siacoin takes 30 minutes mine a block. While sharder will be able to mine a block in 30 seconds to 2 minutes.

Siacoin never did ICO and they are currently standing at $0.5 billion. Sharder has only raised $7 million, Sharder has total token supply of 500,000,000, which is 69 times lesser than Siacoin’s current supply.

Conclusion: Sharder is next big decentralised cloud storage after Siacoin in 2018, If Sharder delivers what is promised as per the whitepaper and the application announced. It can be the next token which can attain 0.5 Billion market cap.

Know How To Get 50X in Long Terms: Quarkchain Price Prediction

Disclaimer: All investment is subject to market risks. This is not financial advice. Please do your research before investing in any project.