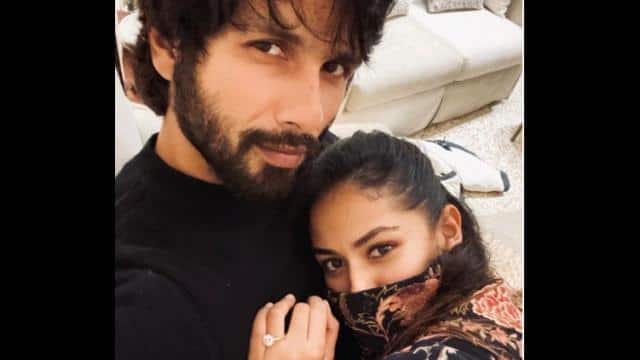 Shahid Kapoor was out of the house in connection with the shooting, but Diwali he celebrated with the family. Shahid Kapoor has now shared a romantic photo with wife Meera Rajput. In the photo, Meera hugs Shahid. Sharing the photo, Shahid wrote, what else is needed in the winter rainy evening.

A few days ago, Shahid told in an interview that when he met Meera, the two were sitting on 2 different big sofas. At that time there was no one else apart from both of them. At that time, Shahid thought that would we be able to live even for 15 minutes?

Please tell that when both were married, Shahid was 34 and Meera was 21 years old.

Urvashi Rautela did such a banging dance on Diwali, fans were also surprised to see the video

In an interview some time ago, Shahid’s mother Neelima said about Meera, “Meera has kept the whole family together. Meera has given a lot of love and happiness to Shahid and the whole family. ‘

Neelima further said, ‘When Shahid liked Meera, I went to meet her. I found Meera very sweet and young. I thought she was a child, so cute and naive. But then Meera handled the family well. Meera handled herself very well. My family is now complete. ‘