Self-reliant India package made it easier to start new business 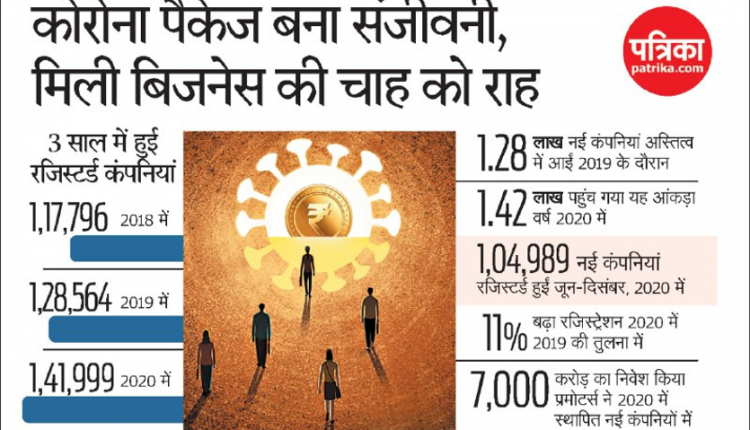 new Delhi. The corona epidemic and the conditions that caused it in the year 2020 caused a huge loss to the economy of the country and the world. In the meantime, almost all the activities were reduced to zero in April and May due to the lockdown. This situation encouraged incarcerated people to innovate. People moved towards new business and registration of new companies increased. More companies came into existence in 2020 than in 2019.

Sanjeevani – a package of 20 lakh crores
To give a boost to the battered economy in the Corona era, the government announced a relief package of Rs 20 lakh crore in May 2020. Along with this, many types of policies were also reformed. Due to this, when the process of unlocking started at various stages across the country from June 2020, there was a rapid boom in the registration of new companies. On an average, more than 16 thousand new companies were registered in July, August, September and October every month.

APY: You can get a lifetime pension by saving just Rs 210 per month, know how to invest

LPG cylinder price increased by Rs 25, know how expensive cooking gas is being sold this month