Saroj Khan’s Prayer Meat will not be due to Corona virus, children gave information 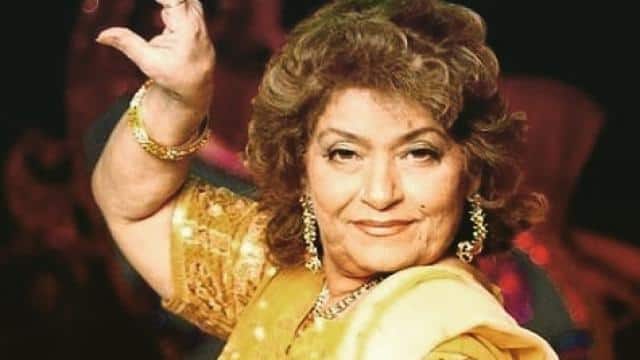 Majoranjan Jagat has suffered a major setback with the demise of Bollywood industry’s famous choreographer Saroj Khan. He was admitted to Guru Nanak Hospital in Bandra, Mumbai on June 20 due to shortness of breath, but could not save him despite all the doctors’ efforts. Saroj was handed over to the cemetery of Malad on Friday morning. During this time only his family and some relatives were present to give him a final farewell.

The children of Saroj Khan have now informed that they will not have a Prayer Meat due to Corona virus.

He shared a photo of Saroj Khan and wrote, ‘Thank you all for remembering all of your messages and in your prayers. Considering the similar situation regarding Kovid 19, we have decided not to grieve at all. As soon as the situation is normal, we will meet and celebrate his life ‘.

Please tell that Saroj Khan was struggling with diabetes and related diseases. As a result, he took a long break from his work in between. In 2019, Saroj choreographed one song each in ‘Kalank’ and ‘Manikarnika: The Queen of Jhansi’. In ‘Kalank’ he choreographed the song ‘Taabha Ho Gaye’, in which Madhuri Dixit won the hearts of all by performing excellent dance.

Talk about Saroj’s personal life, he accepted the religion of Islam at the age of 13, and B.B. of 43 years. She was married to Sohanlal. Both had a gap of 30 years. Saroj however had this second marriage of Sohanlal. They had four children from their first marriage. In an interview, Saroj had said that I had converted to Islam on my own free will. At that time many people asked me if there was any pressure on me but it was not so. I get inspired by the religion of Islam.