Sanjay Khan took the responsibility to bring son Zayed’s career on track, the actor will re-launch from this film 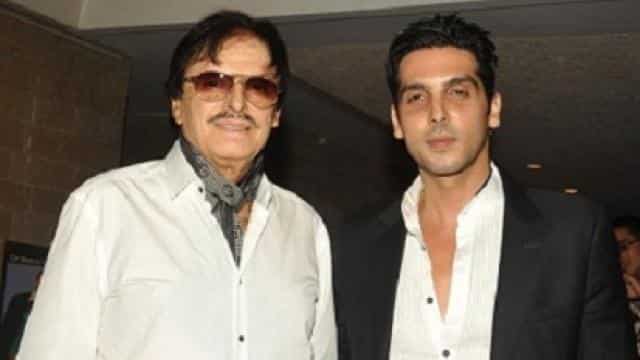 Bollywood actor Zayed Khan’s career was nothing special. Initially, he worked in many films, but for the last few years he has been missing from the screen. Now his father Sanjay Khan has taken up the task of getting his career on track. Sanjay is going to make a film on the first war between India and Pakistan. Through this, Sanjay will return to direction after 18 years.

According to the Mid-Day report, Sanjay is filming War Hero Brigadier Mohammad Usman of the Indo-Pak war. He said, ‘I am working hard on the script, because I want to make it as reliable as possible. I want to show the bravery of the Indian Army how bravely they fought despite not having enough weapons. The story of the Brigadier is a tale of courage and principles like principles.

Video: When Salman Khan and Katrina Kaif started collecting notes falling on the floor during the TV show

Regarding the relaunch of Son, Sanjay further said that Zayed is one of the most handsome stars in the film industry. As a father, it is my duty to make a film for him. Through this film, the audience will get to see new zayed. Significantly, Sanjay last produced and directed the TV show Maharathi Karna, which aired on TV in 2002.