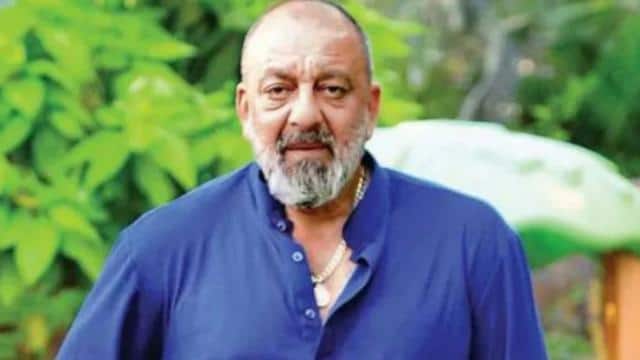 Bollywood actor Sanjay Dutt is suffering from stage 4 lung cancer. According to the report, Sanjay Dutt will go to America for treatment. Yesterday on Monday, Sanjay Dutt was discharged from Lilavati Hospital in Mumbai. Recently, Sanjay Dutt had informed the fans through a post that he is taking a break from work for some time. He wrote that Hi Friends, I am taking a short break from work, because I am undergoing treatment. My family and friends are with me. I hope that you guys will not speculate and get tense. I will come back soon for your love. Let us tell that Sanjay Dutt’s mother Nargis and first wife Richa Sharma were also suffering from cancer, due to which both died.

The hospital source said that when Sanjay Dutt was brought to the hospital, he had trouble breathing. The oxygen saturation level was quite low. But when his corona report came negative, he was taken for a cancer related investigation. Its report came positive. When Sanjay Dutt’s doctor tried to contact Jalil Parkar, he refused to comment on it.

At the same time, Study Suman tweeted and wrote, ‘Sanjay sir, Lung has been found suffering from cancer. Sir, come back soon. Why is this year doing this to us? ‘

Sanju sir diagnosed with lung cancer 🙁 #sanjaydutt get well soon sir 🙏 this year why u doing this?

Let us tell you that Sanjay Dutt himself gave information about his health going bad on social media. He wrote, “I assure all of you that I am fine.” I am under investigation. My Kovid-19 report has come negative. With the help of staff, doctors and nurses of Lilavati Hospital, I will be back home in a day or two. Thank you all for your prayers. ”

According to the reports, the oxygen saturation level of Sanjay Dutt was deteriorating, due to which he was having trouble breathing and was feeling chest pain. Wife Manyata and children Shahran and Icra are stranded in Dubai since the month of March. He had to stay there due to the lockdown. However, he remains consistent in Sanjay Dutt’s touch.

Sanjay Dutt is going to appear in ‘KGF: Chapter 2’. Recently the poster of his film was released on Sanju Baba’s birthday. He will be seen in the role of Adhira in the film. Apart from this, he will be seen in the film ‘Bhuj: The Pride of India’. Apart from him, stars like Ajay Devgan, Sonakshi Sinha are in important roles. The story of the film is based on the 1971 Indo-Pak conflict. The film will be released on the OTT platform.