Sana Khan shared a video of Shauhar Anas, asked- So you learned how to drive here? 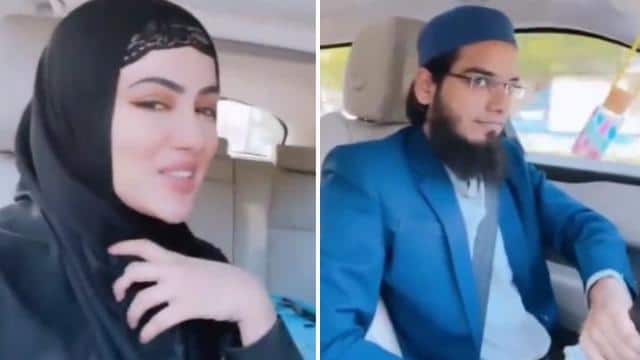 Actress Sana Khan has said goodbye to the film industry. This information was given to the fans by writing long posts on social media. She said that now she wants to follow the steps of Allah. After this, Sana Khan suddenly surprised everyone by marrying Surat based Mufti Anas Saeed. Now Sana Khan has shared a video, in which she is out on a drive with husband Anas.

Talking about her husband Anas, Sana Khan says that she learned to drive finely, that too in Mumbai. Anas agrees on this. At the same time, Sana Khan again asks Anas, where are you taking me? That’s when the video ends.

Fans are strongly liking this video of Sana Khan. The fans are praising the duo. After this, Sana Khan made a lot of headlines during the honeymoon period. However, it was rumored that Sana Khan was asked by husband Anas Saeed to leave the film industry. Now Anas Saeed has reacted to it.

Sapna Chaudhary gave a befitting reply to the trolls in the captioned photo, caption

Let us know that Sana Khan is constantly telling through social media posts that her decision to marry Anas has been the best. Anas has also been saying the same about Sana Sang Nikah. Anas Saeed was also shocked to see Sana Khan saying goodbye to the film industry.

This scheme is beneficial for senior citizens and low income people, get up to 5 thousand pension every month

If the roof of the house is lying empty, you can earn millions from these government schemes