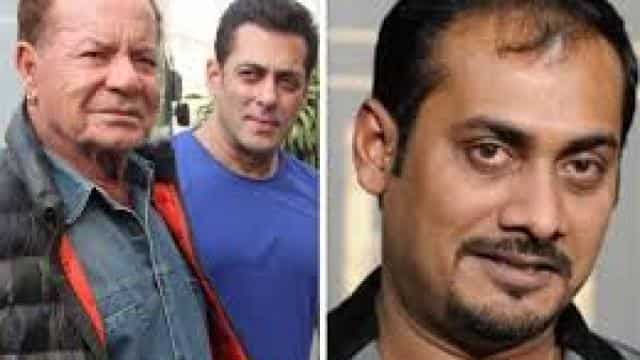 ‘Dabangg’ director Abhinav Kashyap has made serious allegations against Salman Khan and his family and has told that Salman Khan along with his brothers attempted to end his career. The revelations of Abhinav Kashyap have shaken people as everyone sees Salman Khan’s family as a respectable family. He is considered to be the man of friends in the industry, who has given a chance to many people. Now Salim Khan’s father Salim Khan’s reaction has come on this matter.

In an interview with Bombay Times, Salim Khan said, “Yes, we have done all the wrong. You go and watch his movies first and then we talk. While expressing his displeasure over Salim Kashyap, he further said, he has not put his name on his statement. In. He probably didn’t know my father’s name. His name is Rashid Khan. Let him also put the names of our grandfathers and great-grandfathers. Let him do what I want to do, I don’t want to waste my time reacting to what he said. .

Sushant’s demise affected the popularity of Bollywood celebs, some followers decreased, some increased

Let us tell you that after the suicide of Sushant Singh Rajput, discussions have increased in Bollywood about nepotism. While on one hand, Sushant is in Bollywood shock from suicide, while Karan Johar and Khan family are being targeted on social media regarding nepotism. Condoling the recent demise of Sushant, film director Abhinav Kashyap made many serious allegations against Salman Khan’s brother Arbaaz Khan, Sohail Khan and his family.