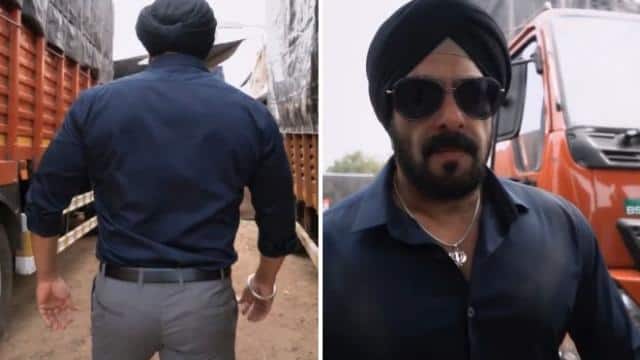 Salman Khan is going to surprise fans on Eid. Recently brother-in-law Aayush Sharma has shared his first look from the film with Salman Khan wearing a turban on his head. Salman is seen in a black turban and gray shirt. Aayush wrote, “Shooting of the last has started. Brother’s last look. “

Let me tell you that before this Salman Khan shared a shirtless photo which became very viral on social media. Fans are not tired of praising their 6 pack abs. Fans say what do your 6 pack abs Masha Allah look like, Bhaijaan? While sharing the photo, Salman wrote in the caption, “You will keep yourself strong only then you will become strong.”

Only 8 percent of people in India shop for products online