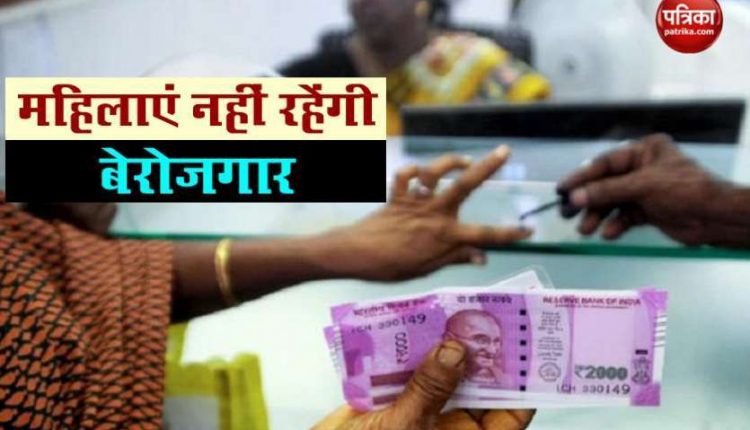 new Delhi. With a view to make women self-reliant and to expand banking operations in rural areas, the UP government has launched BC (Banking Correspondent) Sakhi Yojana (BC Sakhi Yojana). In this, women from rural areas will work as bank agents. In return they will get 4000 rupees every month. Not only this, they will also get a chance to get a separate commission. This will lead to women in the field of employment. So how to take advantage of the scheme and what is the process to join it, know the complete detail.

What is BC Sakhi Scheme
The objective of the BC Sakhi scheme is to empower and empower women. This will also help in the expansion of banking services. The scheme was launched on 22 May 2020 by Uttar Pradesh Chief Minister Yogi Adityanath. In this, employment opportunities will be provided to the women of the state. Women will go door-to-door to provide banking services to the people through digital resources and to make money transactions easier. The bank associates will be given an amount of Rs 4 thousand per month for 6 months. Apart from this, women will also get commission on the transaction from the bank. Also 1200 rupees per month will be given a stipend to work as a group Sakhi.

These facilities will be available
BC Sakhi will be provided with desktop computers, laptops, POS machines, card readers, finger print readers, integrated equipment. The loan will also be provided to BC Sakhi without interest. Apart from this, they will be given dress by the department.

Process Linking Process
To become a BC Sakhi, a woman must be a resident of Uttar Pradesh. Apart from this, the female applicant should be tenth pass. They should have the ability to learn and understand women banking services. One can apply online to join the scheme. For this, download the BC Sakhi app from Google Play Store. Now enter your phone number. OTP will come soon after doing this. Insert it and get it registered. Now you have to click on the basic profile, after which you will have to enter all the information asked. In the next section you will have to upload some important documents. Apart from this, you will be asked some questions related to Hindi grammar, mathematics and English in the app. These will be multiple choice. Save them after ticking them. If your application is accepted then you will be notified through message, app or phone.

Know how to open your own petrol pump, it will be big money

Saur Swarojgar Yojana: Government will give 50 thousand rupees to women making LEDs, self-employment will be easy