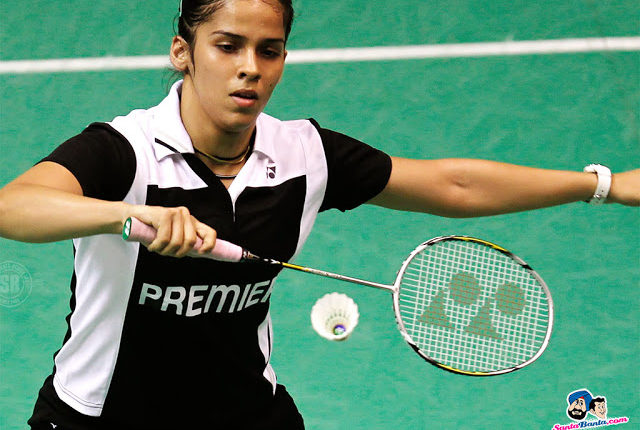 India’s top female badminton player Saina Nehwal reached the top in the badminton world ranking today and expressed her happiness. Despite of defeat in the finals of the World Championship on Sunday. Saina again acquired No.1 position in the badminton world ranking. 25-year-old Saina reached the top position by scoring 82792 in BWF ranking and jumped one position above. Saina expressed her happiness on Twitter for top ranking.
Saina shared a photo of her in which she won the silver medal in the World Championship standing with her parents on Twitter. She wrote, “Very happy to be world number 1 again. I would like to thank my coach Vimal Kumar sir and my parents for the support”

Very happy to be world number 1 again?I would like to thank my coach Vimal Kumar sir and my parents for the support ? pic.twitter.com/BegLKR5HyJ

Saina was beaten by Caroline Marin of Spain in the World Championship final held at Jakarta on Sunday. Marin was No.1 before the match. Marin has now slipped to second place. Tai Tzu-ying of Chinese Taipei has achieved third place by beating the Olympic champion Li Xuerui of China. Saina, is the first Indian badminton player to get silver medal in World Championship. Current player Sindhu won the bronze medal. Gutta and Ponnappa also won bronze in 2011.
On the other hand Parupalli Kashyap in men’s singles reached number eight. Whereas Jwala Gutta and Ashwini Ponnappa moved into the top ten. India Open winner Srikanth Kidambi moved down a notch to fourth place, while two-time World Championship bronze medalist PV Sindhu is in 14th place. Mixed doubles none of Indian are in the top 25.